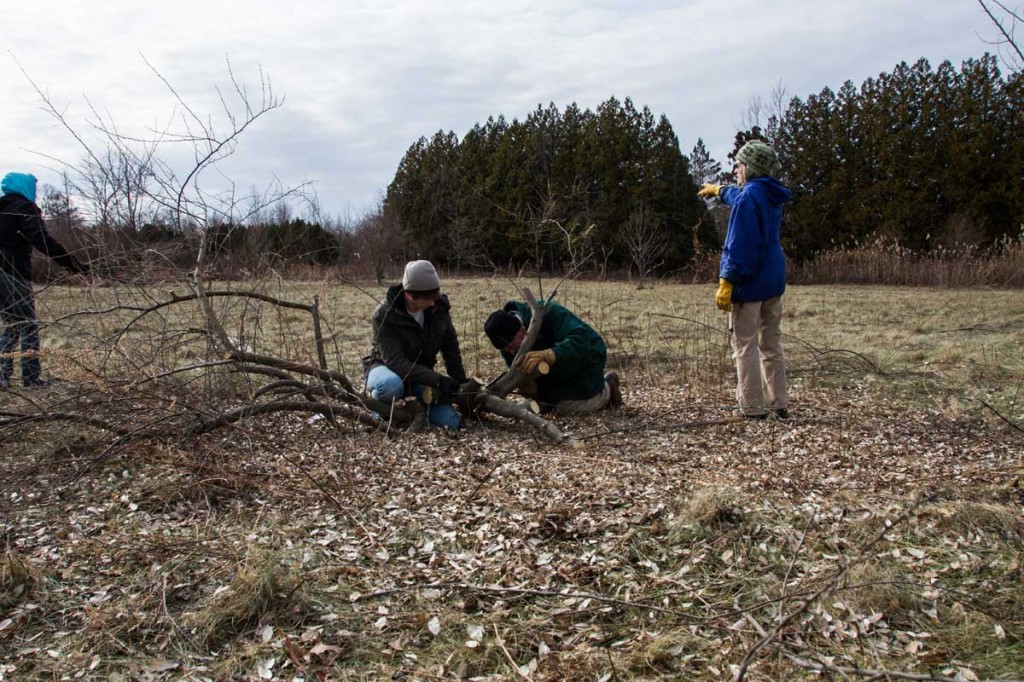 Forty-three hardy and cheerful volunteers turned out to clear small trees, brush, vines, and trash in the Mapleton Preserve.  They made a significant dent in the invasive autumn olive population in the near fields, saved a very special Dawn Redwood from being buried in bamboo, made progress on a drainage issue for the Clivus Multrum, continued clearing efforts around the greenhouses, and picked up LOTS of litter.  The Mapleton Preserve is a better place for their efforts! 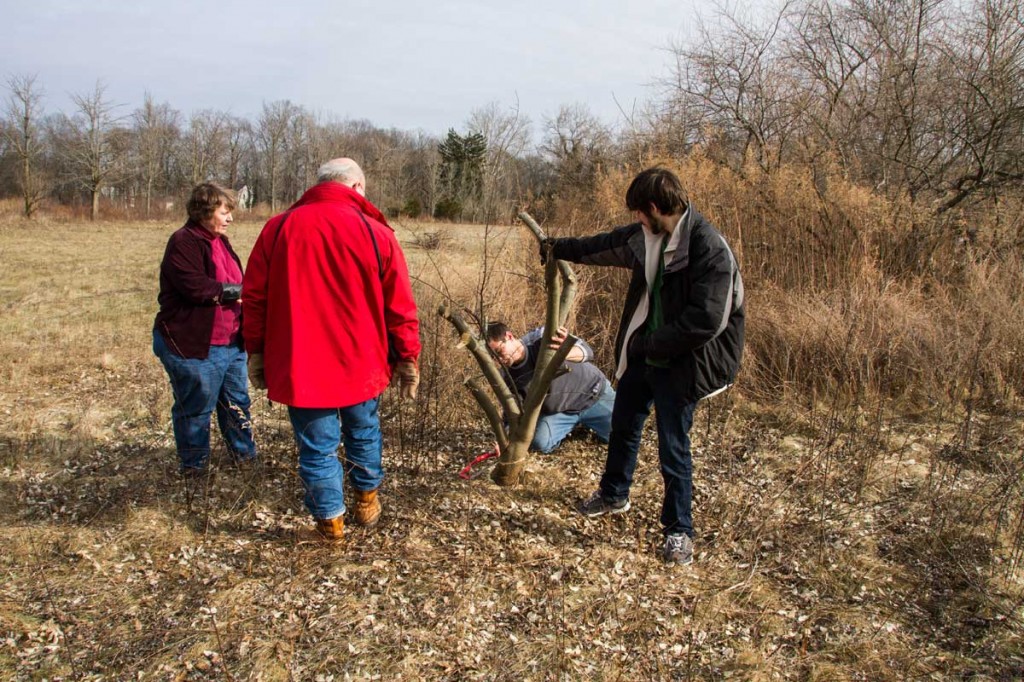 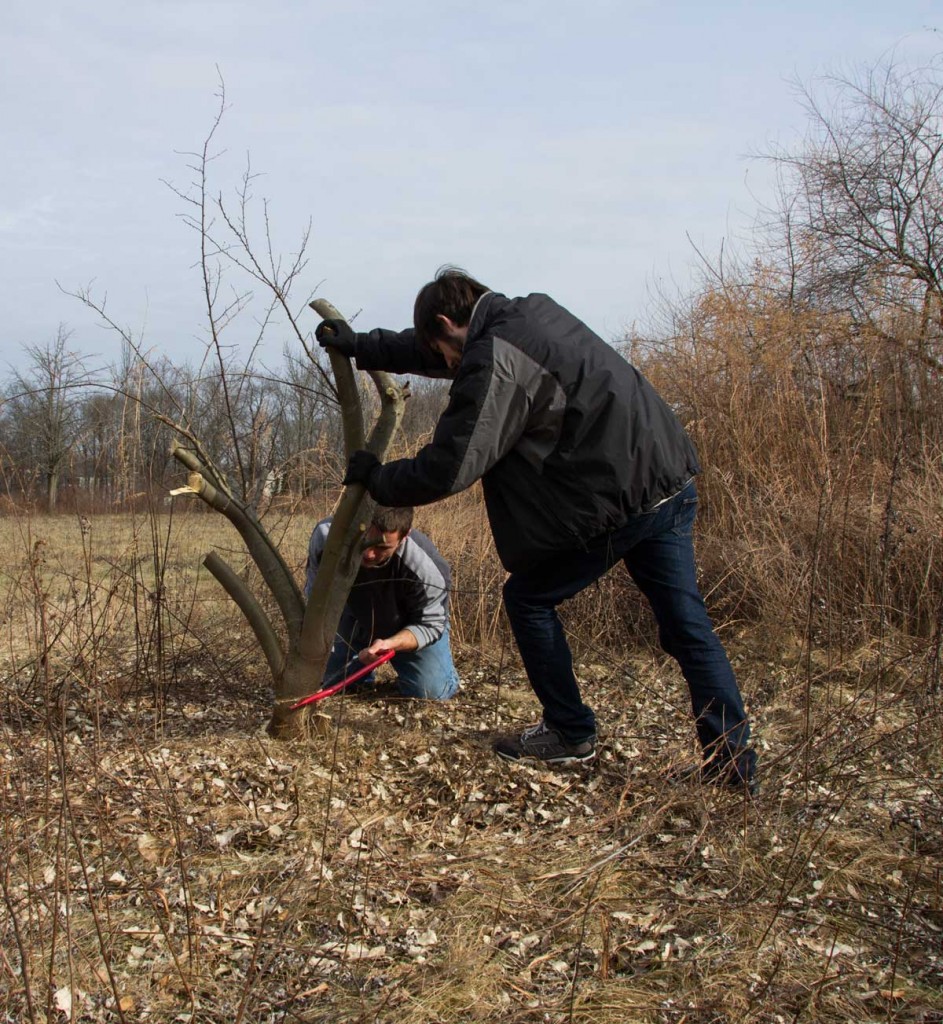 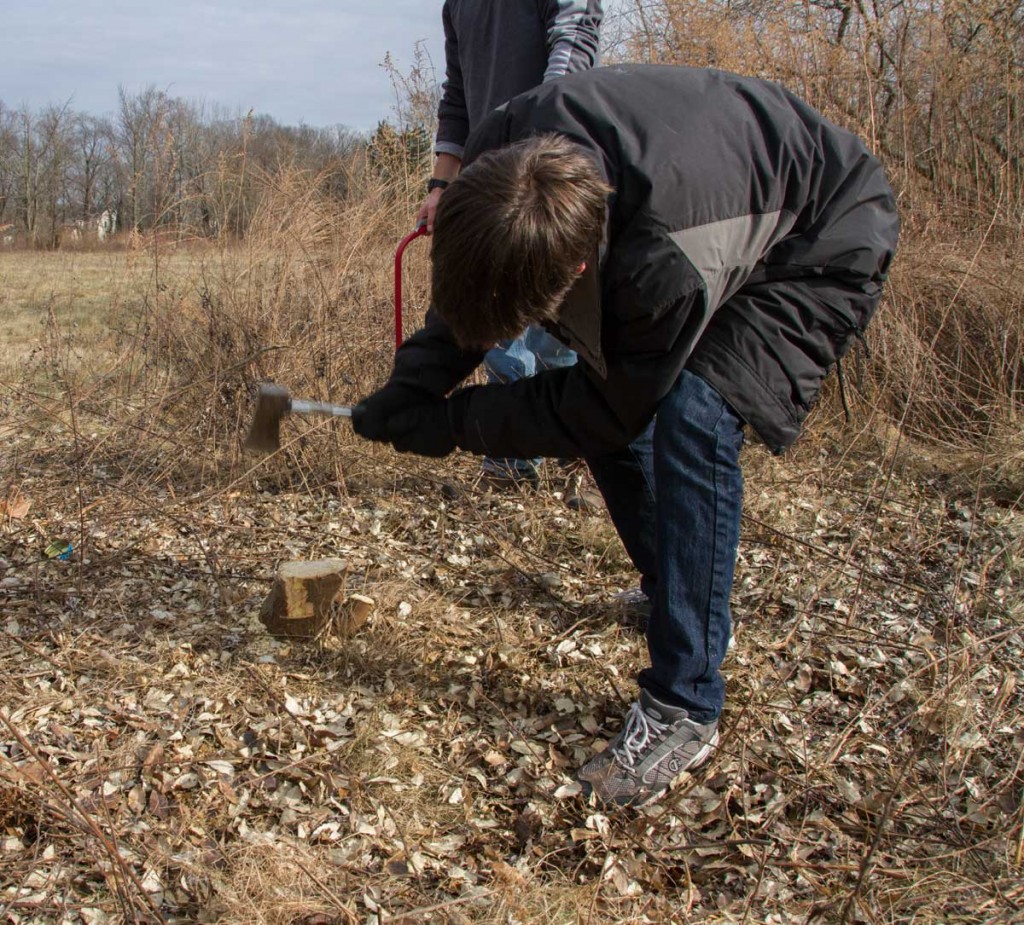 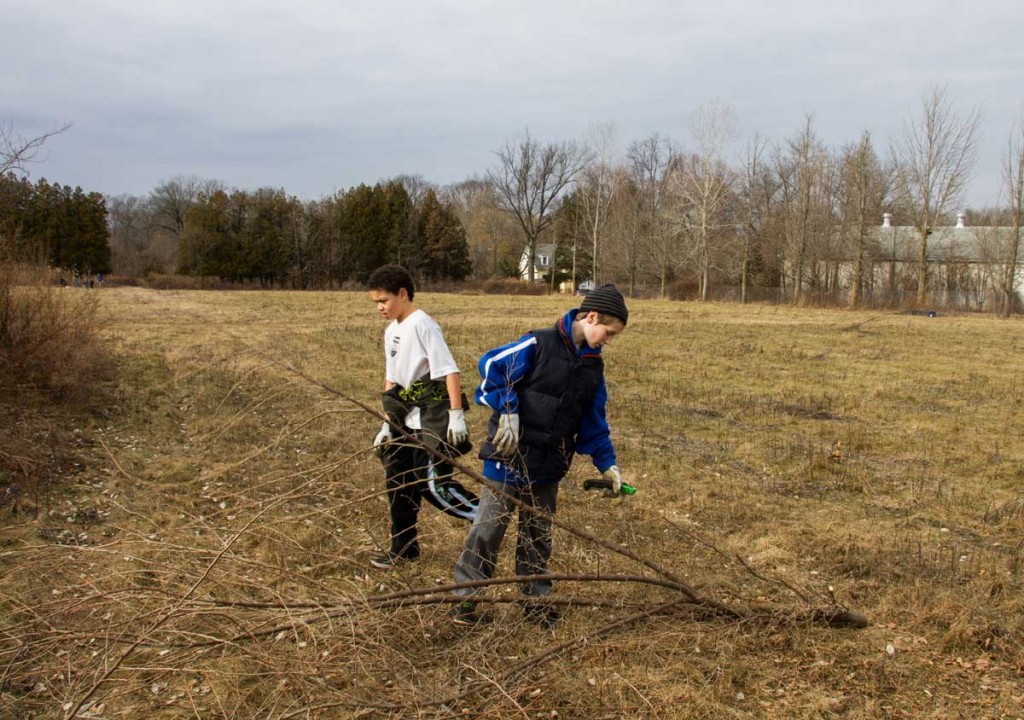 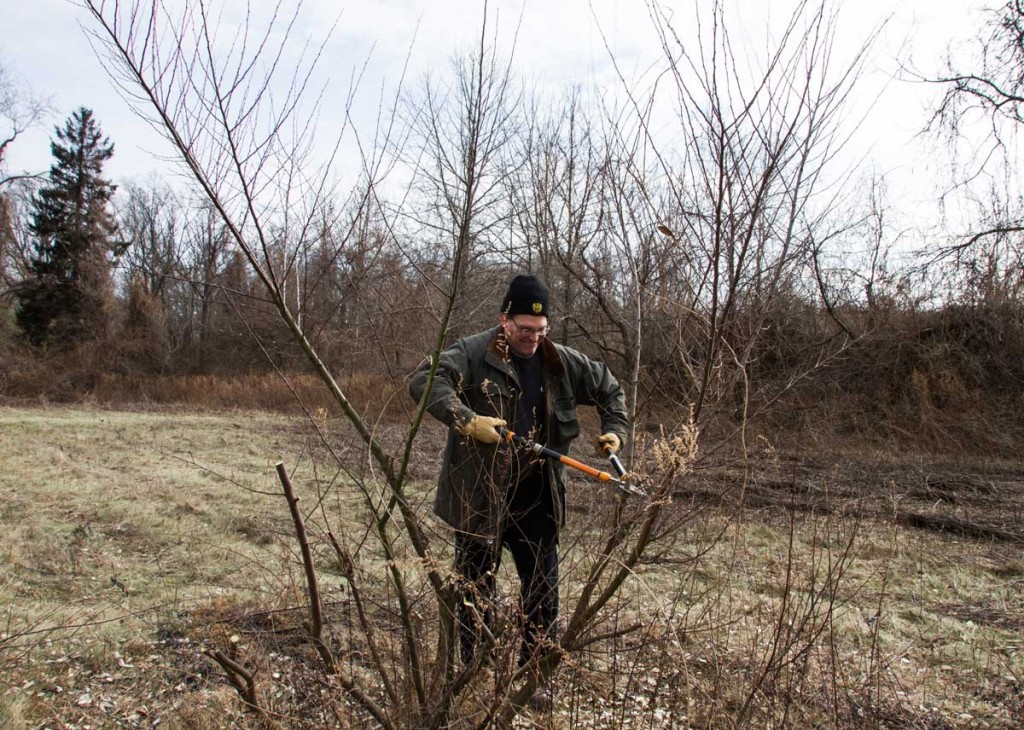 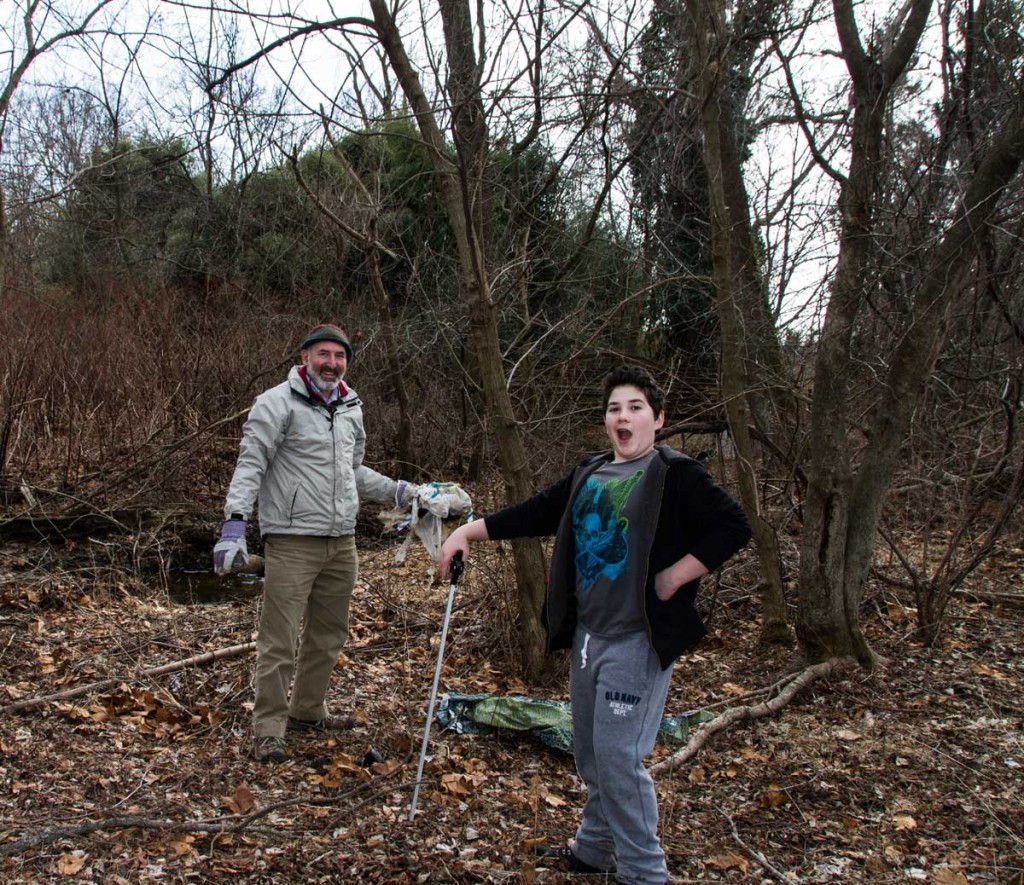 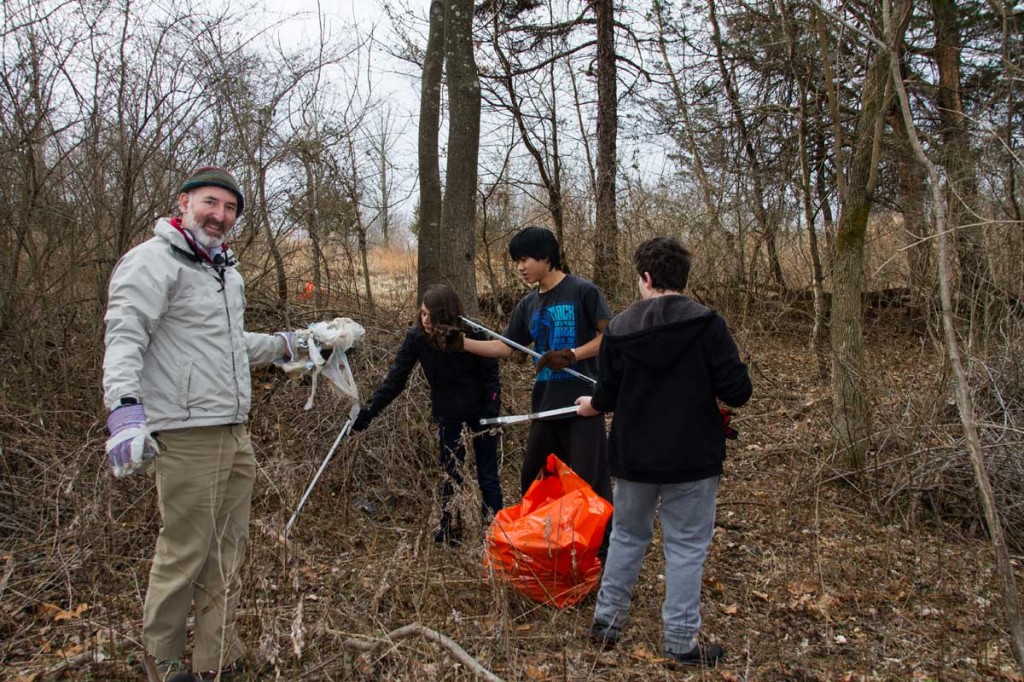 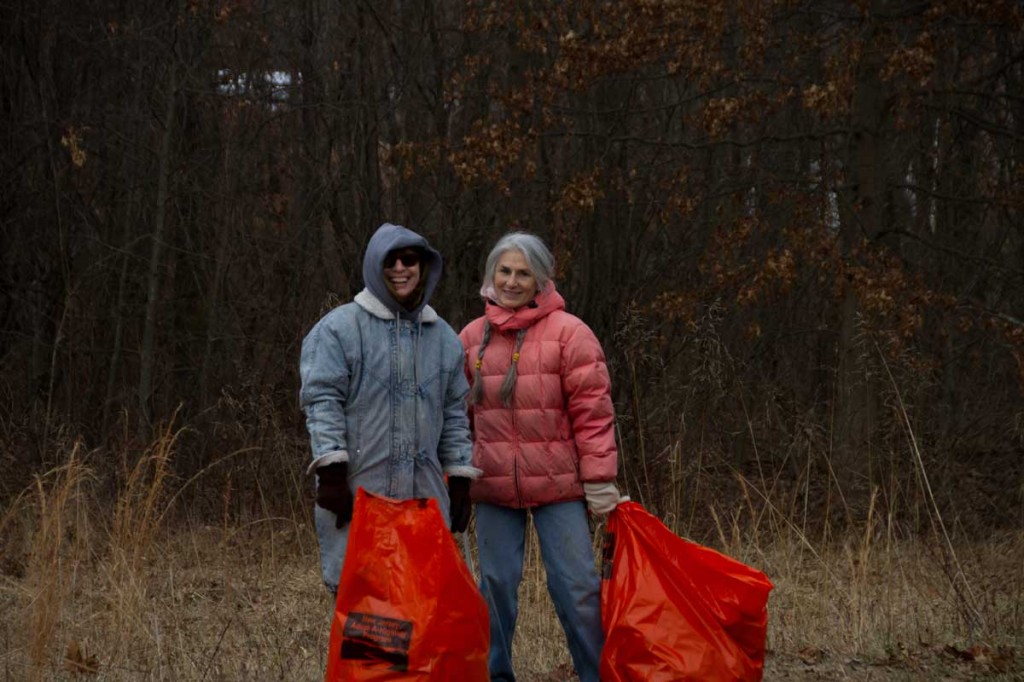 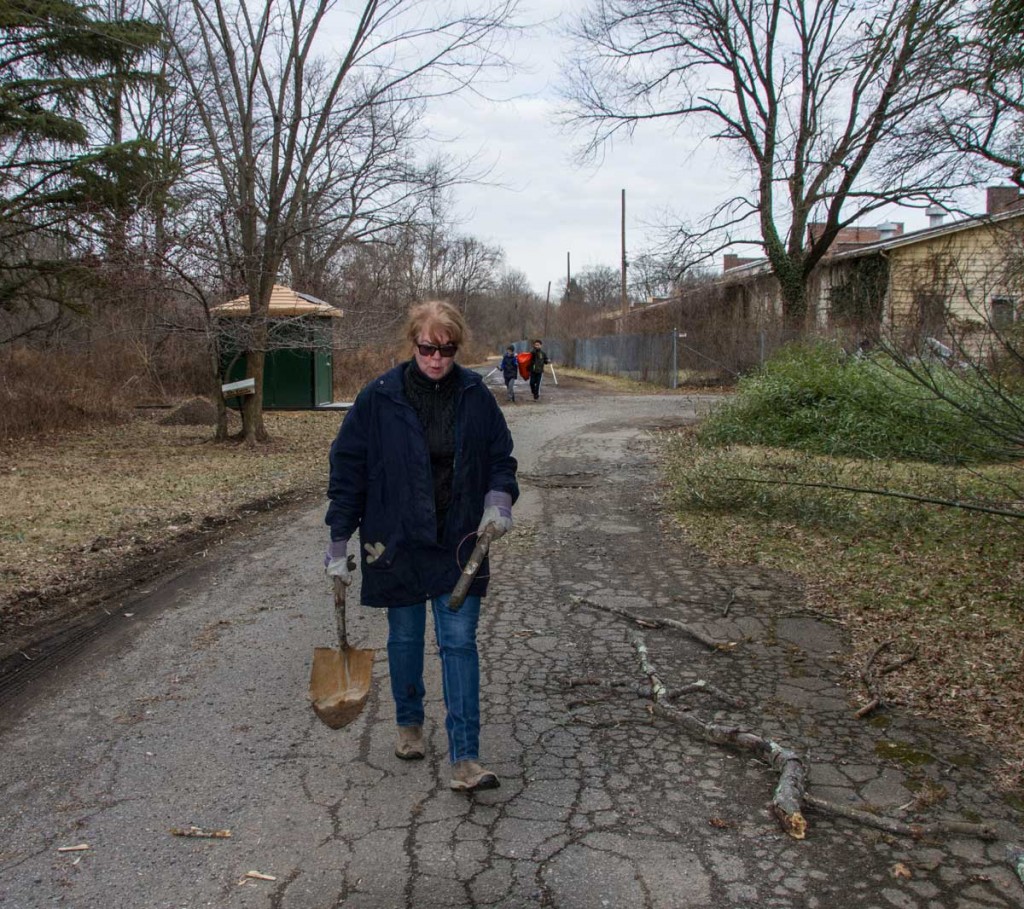 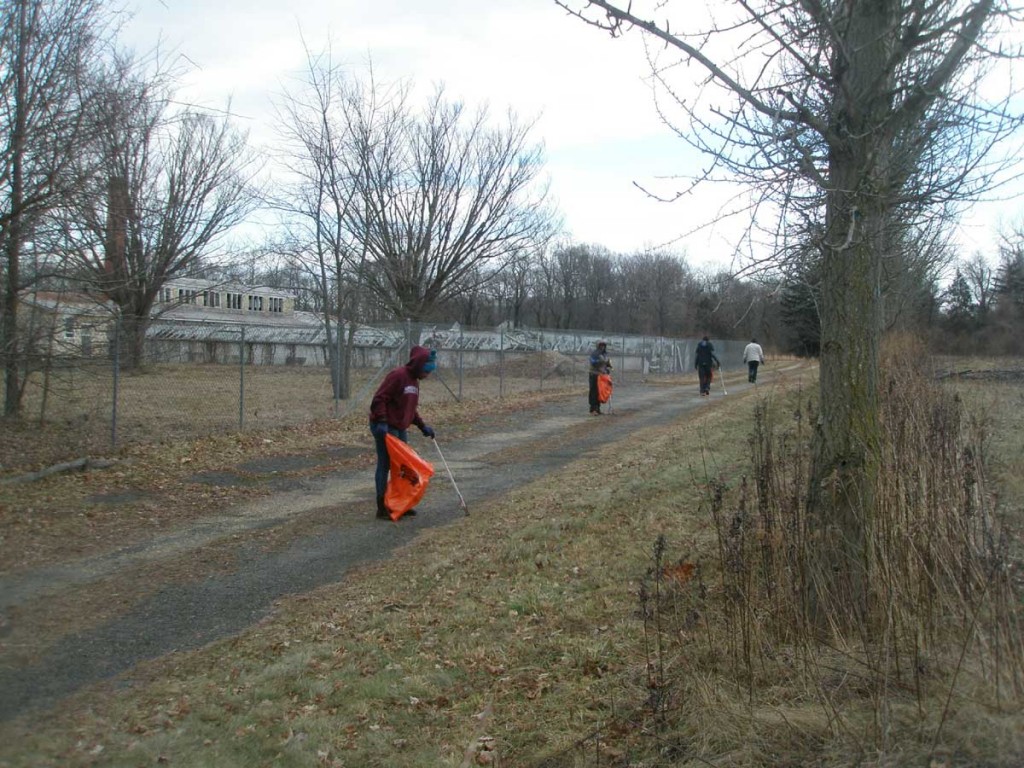 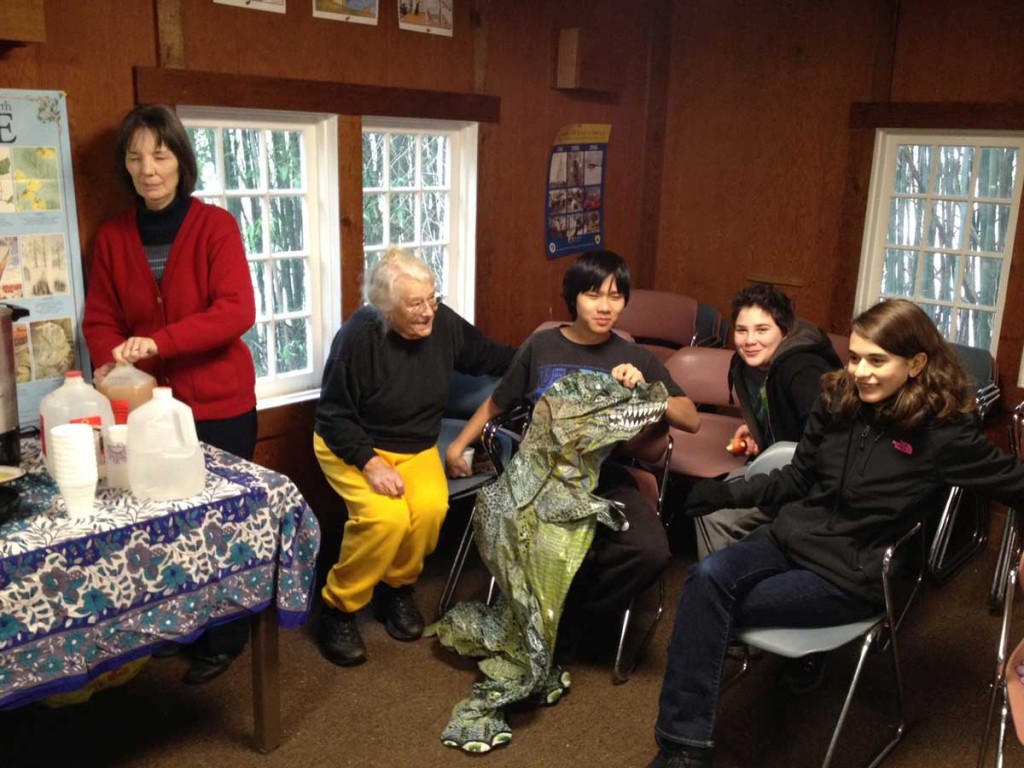 And there was this dinosaur relic found during cleanup and captured by Paul’s magic iphone!

Karen Linder led a leisurely walk in the Preserve, where particpants observed tree leaves, buds, bark, needles, pine cones, nuts, seeds, silhouette, and extra attractions, such as sapsucker holes and oak wasp galls.  Three Andromedas were planted in a group effort with attention to proper depth of hole, filling and tamping soil, correct mulching (NOT volcano style!), and watering in at the end. 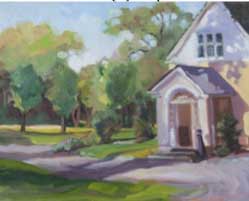 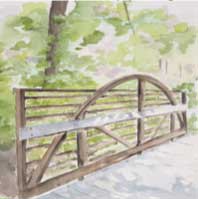 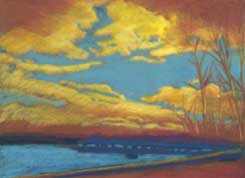 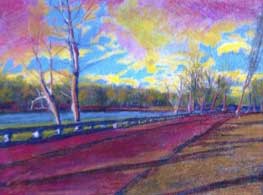 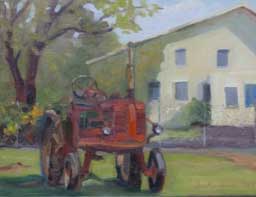 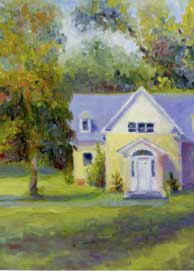 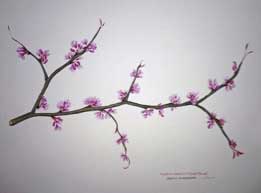 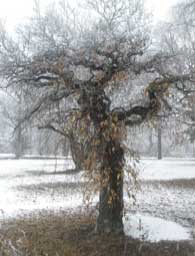 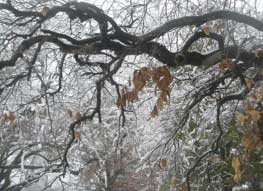 It was a gorgeous day to work outside, and an energetic crew cleared away small trees, brush, and vines, mulched trees and protected them with deer fencing, prepared the Clivus Multrum for grading with gravel, and collected litter along Mapleton Road.  We are grateful for the efforts of these tireless volunteers! 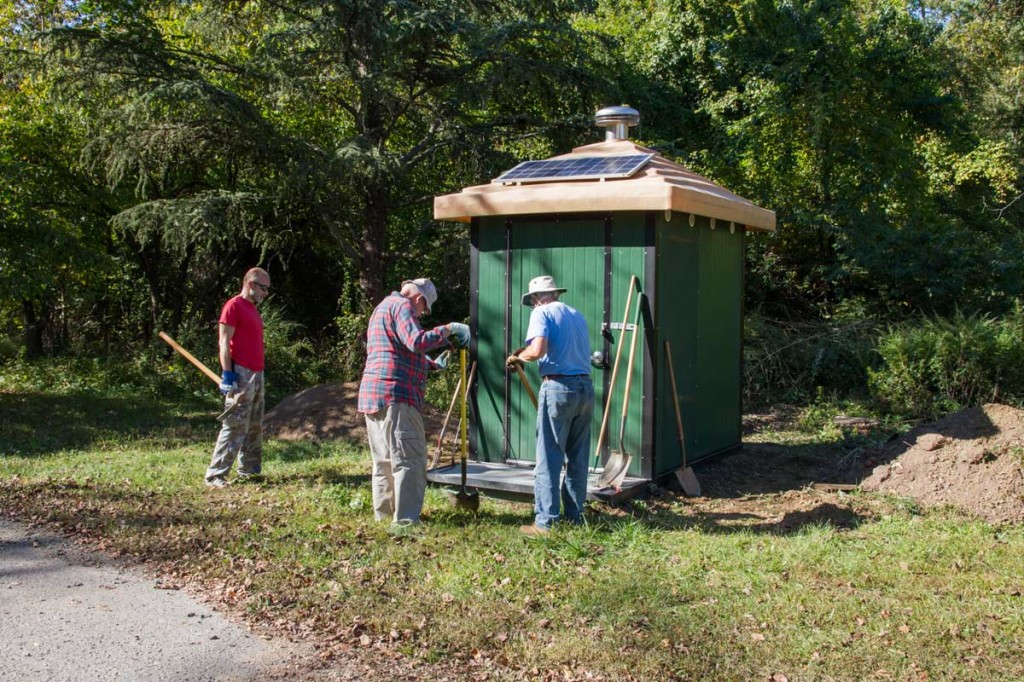 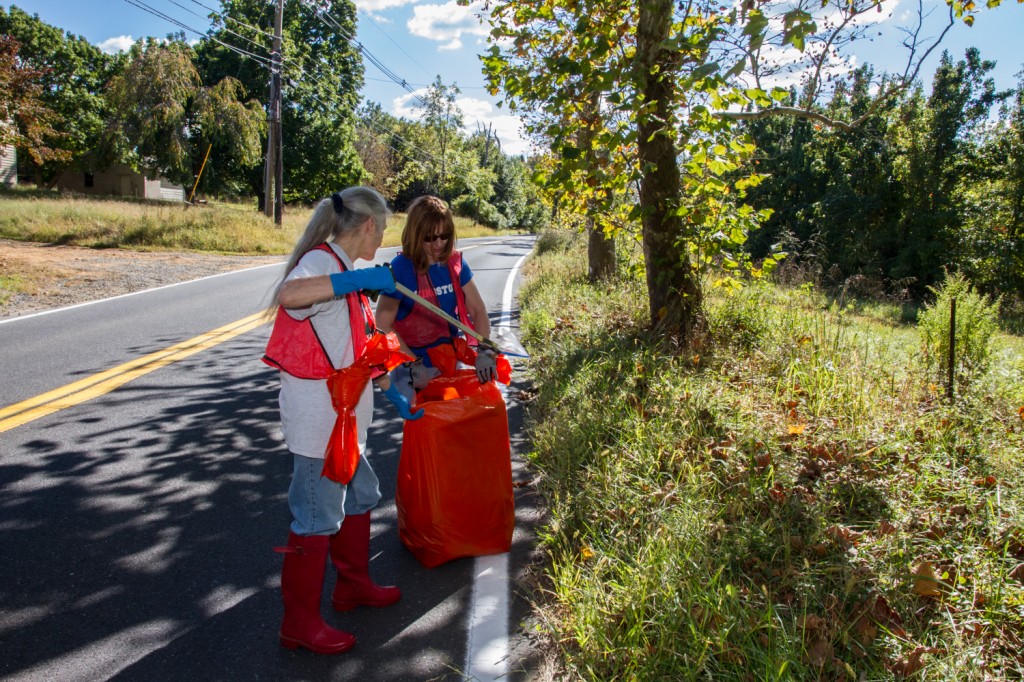 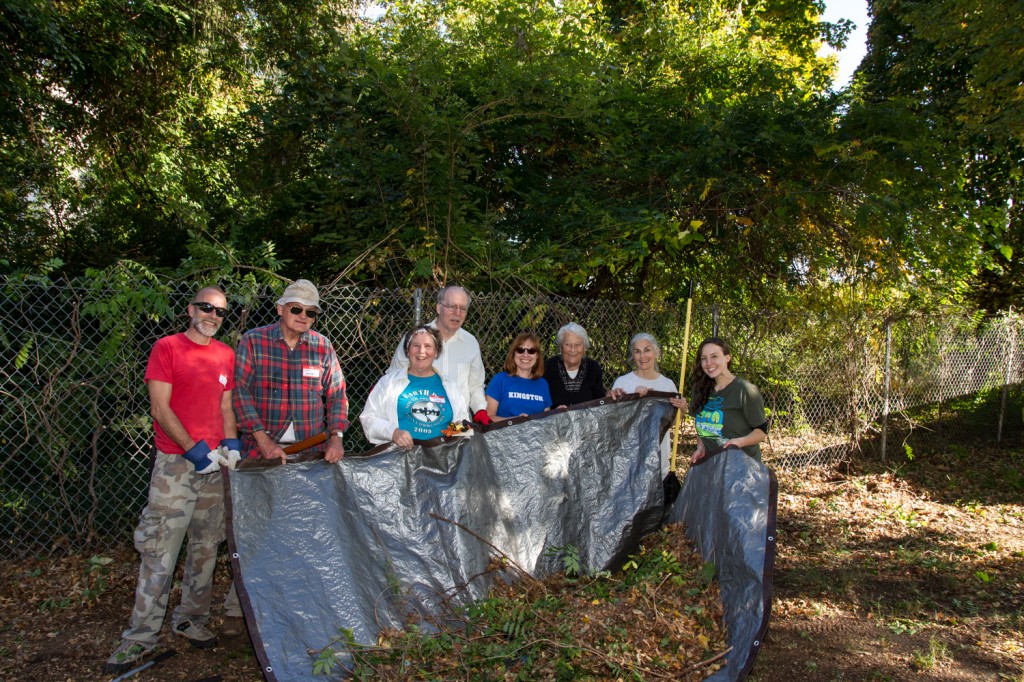 Over the River and Through the Woods – A Thankgiving Day Walk, Thursday, November 27, 2014 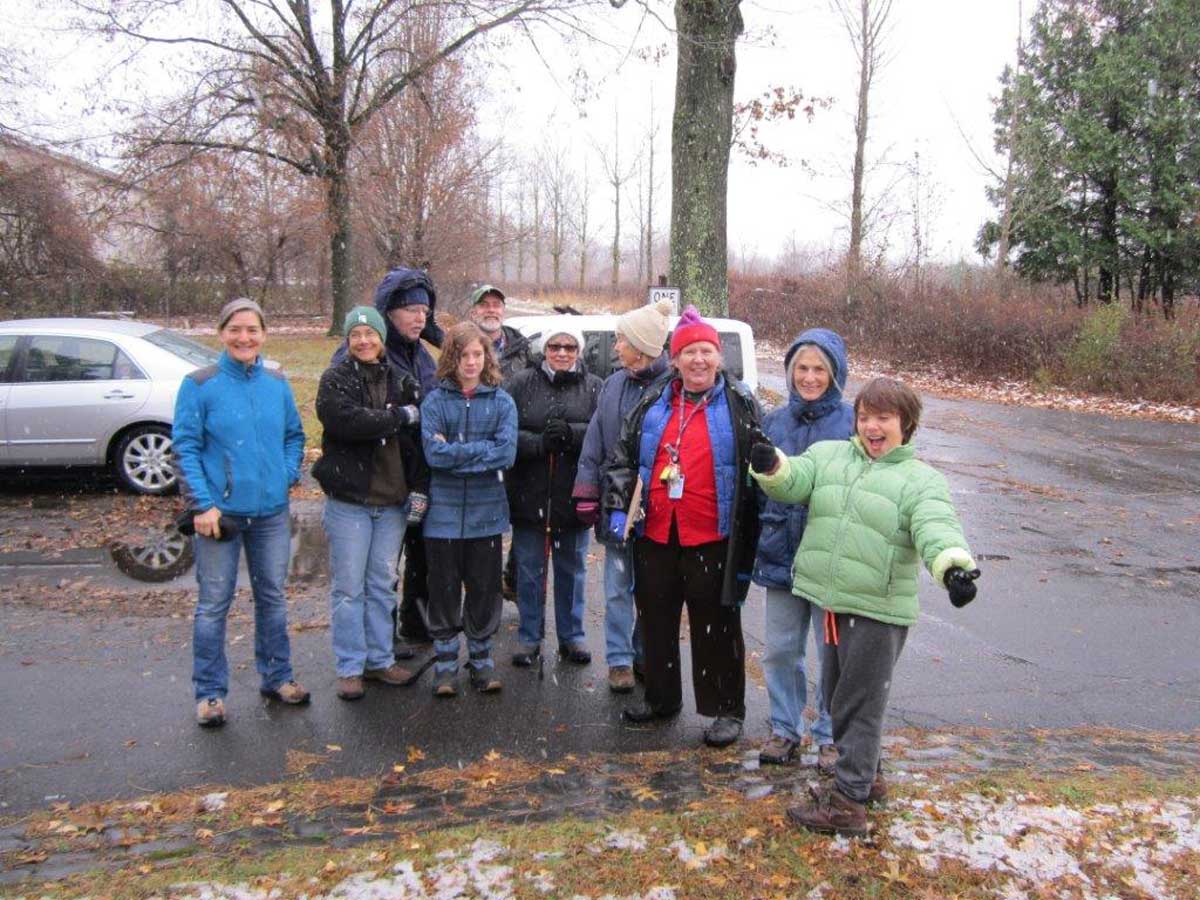 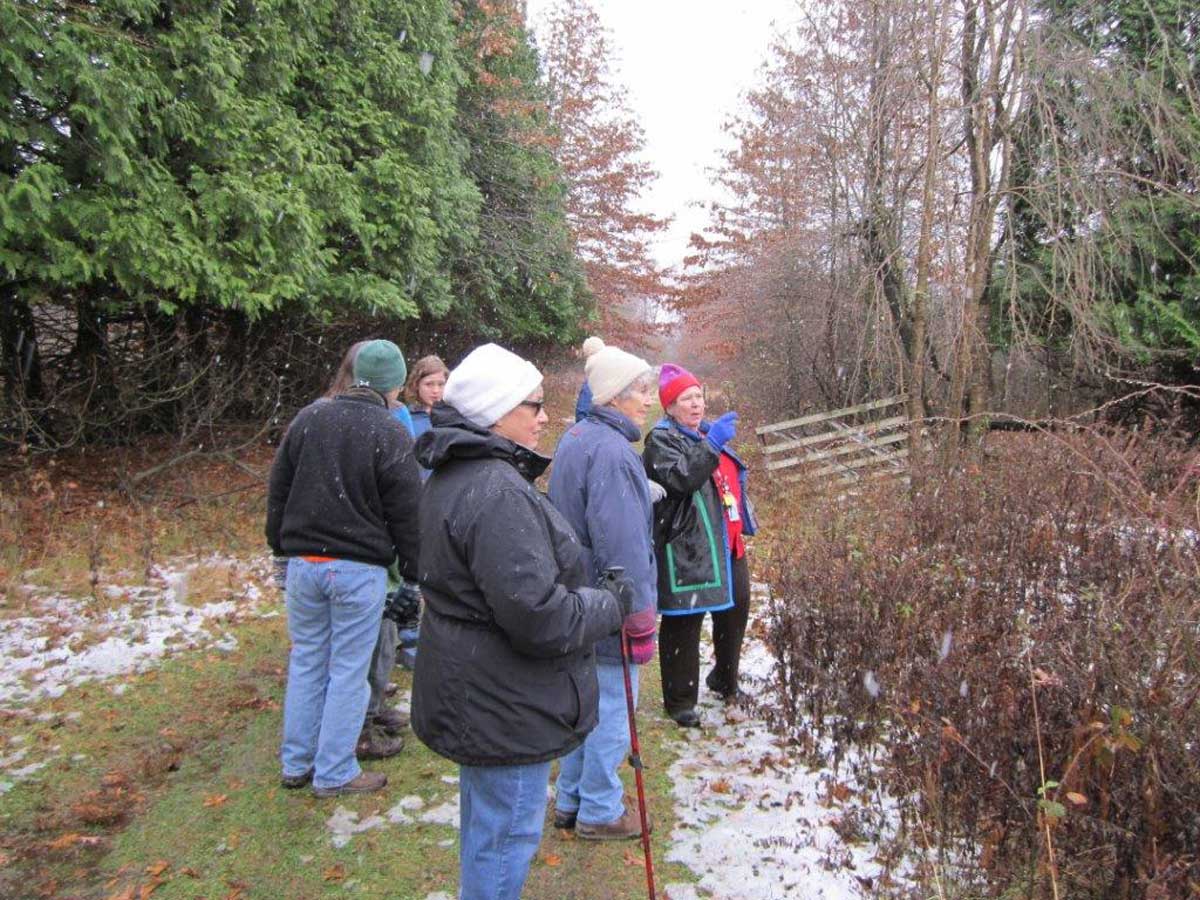 During the walk, someone asked what the cone-like seedpod of the Southern Magnolia was called, so she researched it.  Here is how it looks. 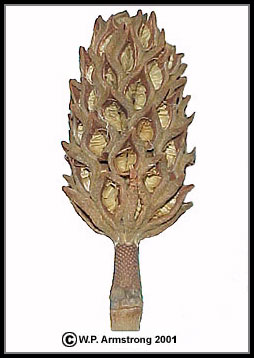 The entire unit is called either a receptacle or a follicetum, made up of an array of smaller follicles that are originally closed, but then split open to reveal the red seeds inside.  The similarity to a cone reveals the plant’s early heritage – magnolias were one of the first flowering plants, evolving 130 million years ago.  Cone-like fossils similar to magnolia receptacles have been found in the fossil record. 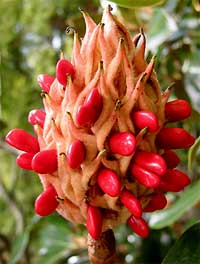 She came across another interesting factoid – magnolia petals are tough because they were originally meant to attract the attention of beetles rather than bees (which do not appear in the fossil record until 100 million years ago).  Since there were no insects specially adapted to live as pollinators when magnolia-like trees first appeared, the petals and reproductive structures of these first flowering trees had to be robust to survive attention from the hungry clumsy beetles (toughness which has passed on to the modern ornamental trees).