This was the 27th anniversary of the Martin Luther King federal holiday, when millions of Americans honor King by volunteering for a “National Day of Service” in their communities.  24 cheerful volunteers gathered in the Mapleton Preserve for a three-hour work session.  One crew removed 15 bags of litter, tires, and miscellaneous junk from trails, paths, fields, and woodland.  The second crew wielded loppers, saws, and brute force to rescue a signature row of flowering trees from certain strangulation by a shroud of invasive vines. 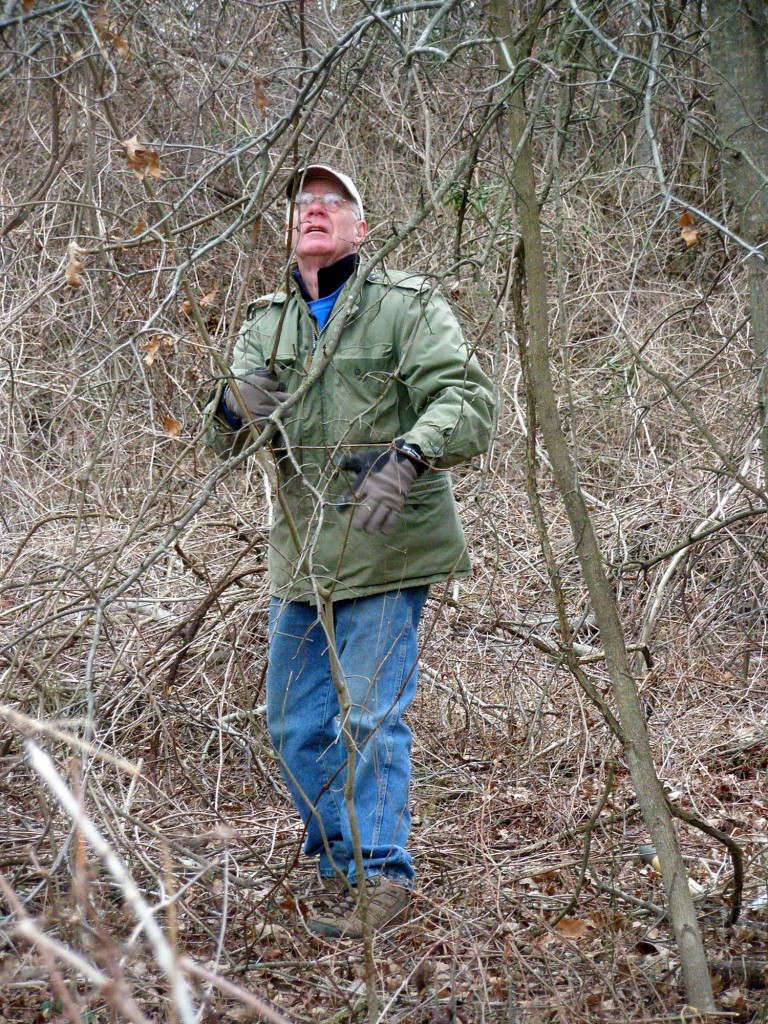 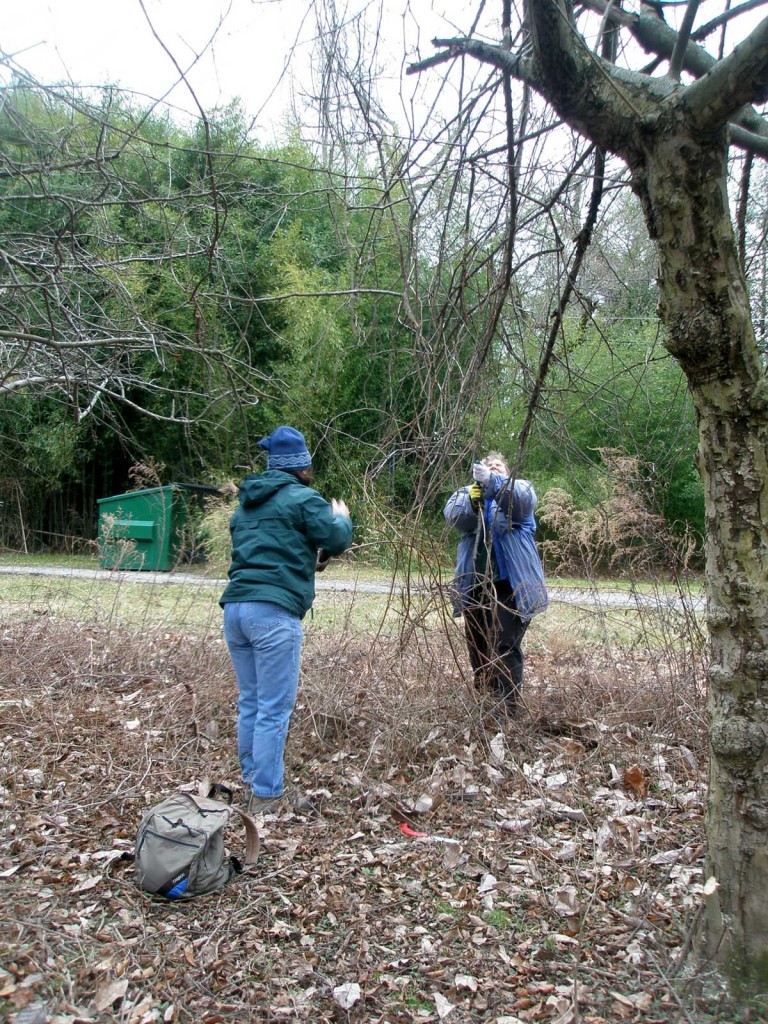 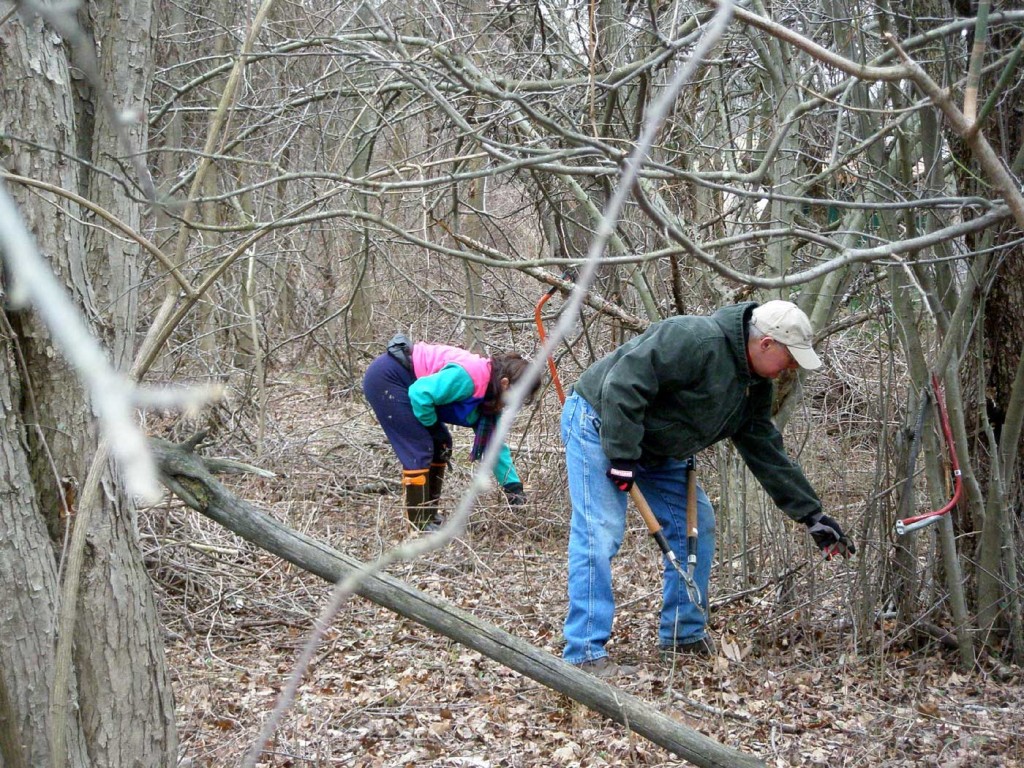 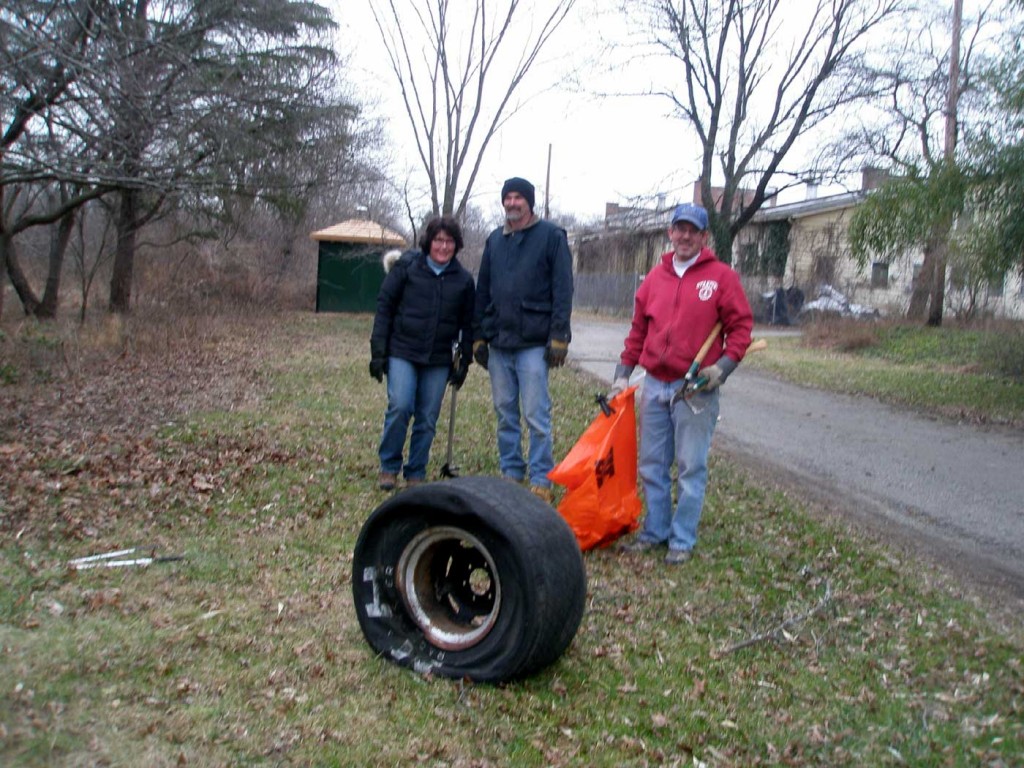 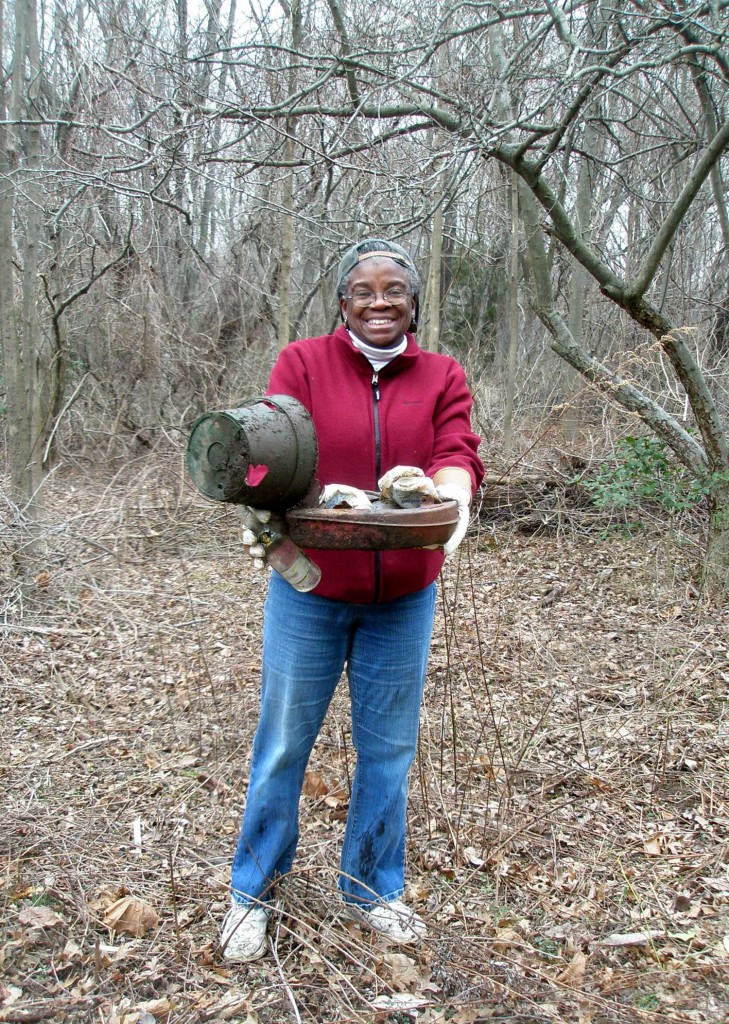 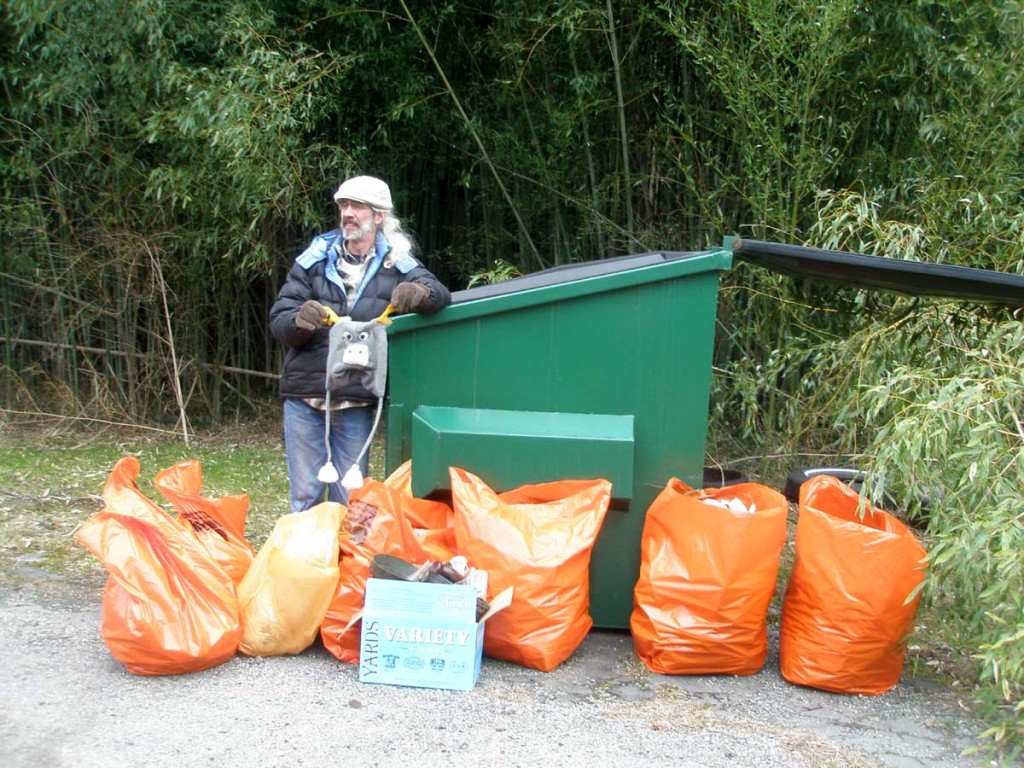 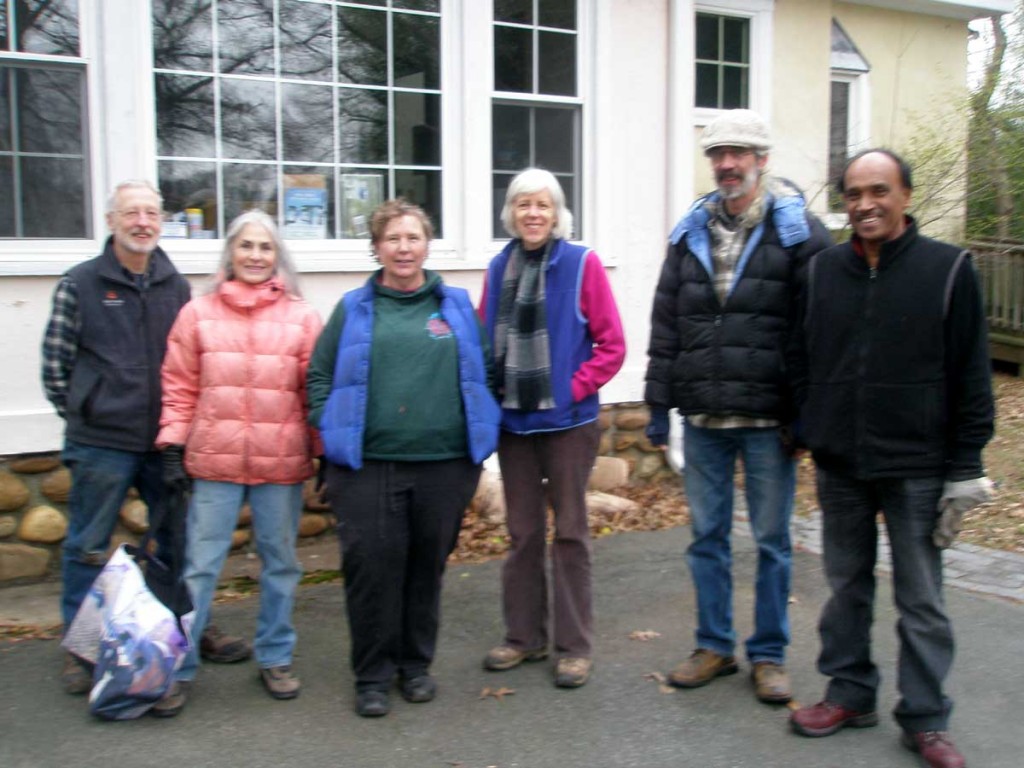 The event began with the planting of a Princeton Gold holly (a Flemer cultivar) in the Arboretum.   Dedicated to the memory of David Paulovic, a plant propagator for Princeton Nurseries, it was ably put into the ground by Bill Flemer, with the assistance of Dave’s family.  President Karen Linder gave a guided walk, providing a close look at the trees of the Preserve, with a focus on identification, natural history, wildlife value and the beneficial role of trees in our environment. 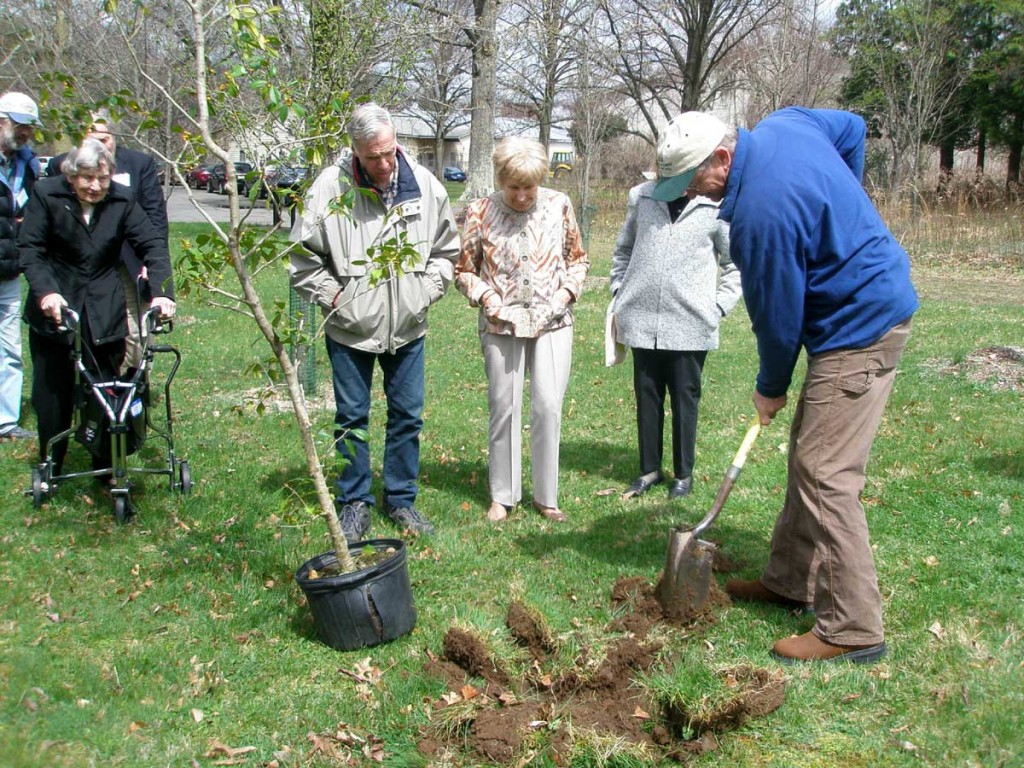 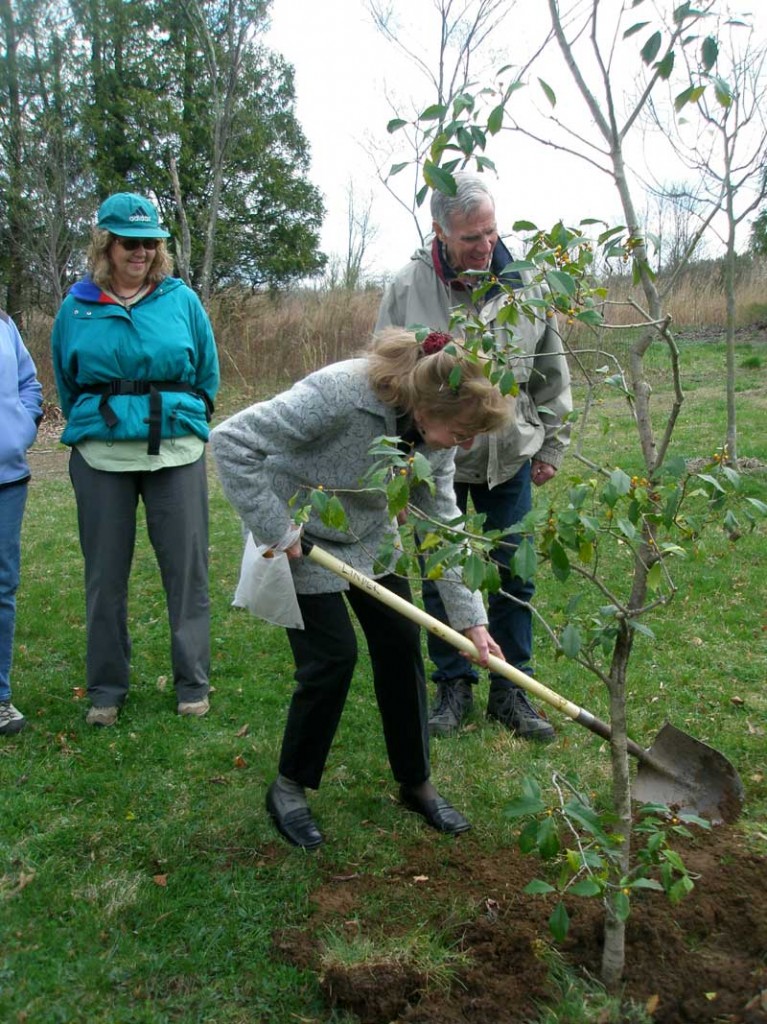 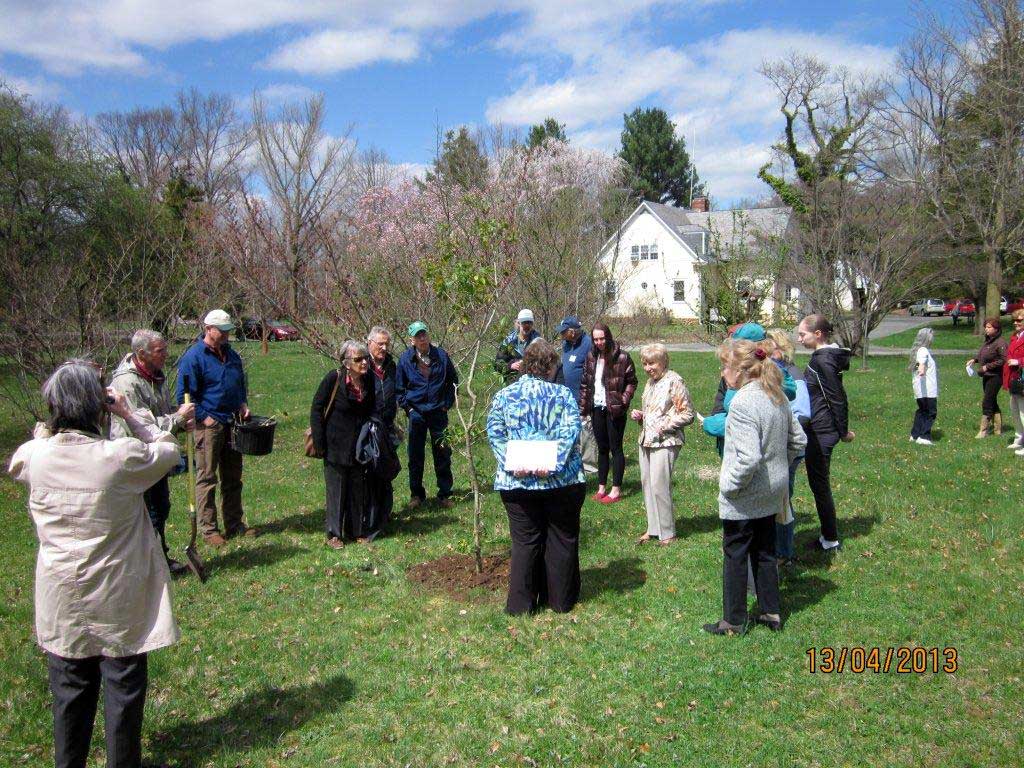 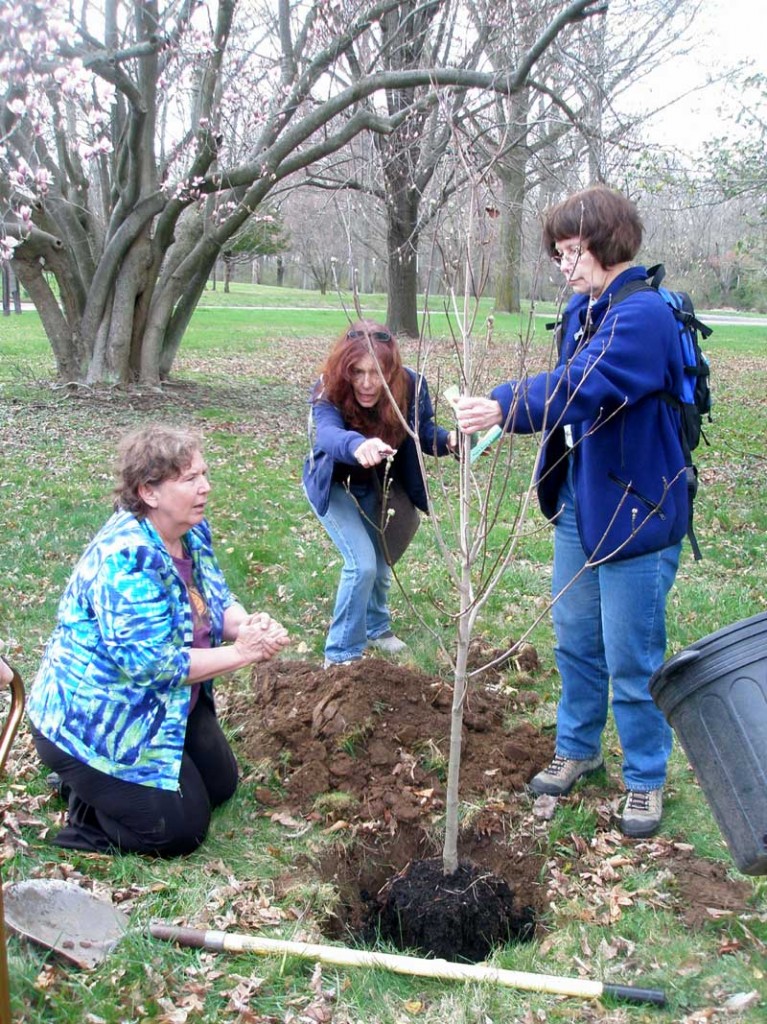 A second tree was planted after the walk, highlighting best practices for getting new trees off to a good start.

Annual Meeting: The Evolution of Duke Farms  Wednesday, May 29, 2013

Executive Director of Duke Farms Michael Catania spoke about Duke Farms’ evolution from a 2,750-acre private estate to a public learning center and model of sustainable agriculture, ecological restoration, and stewardship, and also explored some parallels between the historical and present-day versions of Duke Farms and the Princeton Nursery Lands.  He invited all to visit Duke Farms (admission is free) and learn from both its successes and failures. 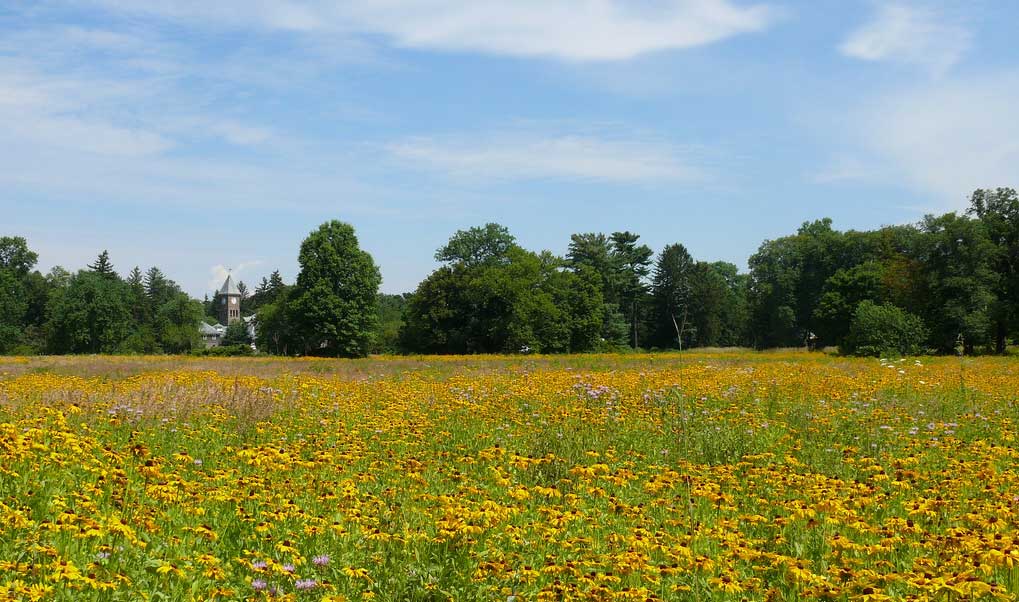 A wealth of information can be found on the Duke Farms web site: http://www.dukefarms.org/