Over 40 volunteers from all walks of life responded to our call, and made an AWESOME contribution to the Preserve.  It is amazing what a group of dedicated volunteers can do in just 3 hours!  Some cleared trees and brush around the propagation house and greenhouses–the historic complex that will be restored as an interpretive center. Wielding saws and loppers, the entire building circumference was cleared.

Others explored the 50(+) acres of Mapleton Preserve and picked up trash. This group collected at least 26 bags of nonrecyclables, 4 bags of recyclables, 6 tires, contractor trash and a neat deer skeleton.

Kudos is due the D&R Canal State Park staff for helping us to coordinate and publicize the event. The South Brunswick Post and Princeton Packet printed nice pictures of the event, so we got excellent press coverage as well!

It was rewarding to see so many volunteers from past FPNL and Kingston Greenways Association events, and even more gratifying to see so many new volunteers.  The D&R Canal State Park staff has continued the clearing efforts by taking down the trees that had sprung up around one of the warehouses.

The Friends of Princeton Nursery Lands hosted a colorful and spirited Arbor Day Celebration on April 17th.  We are indebted to Jim Consolloy, who led our tree walk, Cub Scout Troop 195 for assisting in the planting of three trees, and the five dance groups who brought motion, tradition, music and even a Maypole to the Mapleton Preserve: Princeton Country Dancers, Handsome Molly, Griggstown Lock Rapper Sword Team, Millstone River Morris, and the youth Morris Dance Group from the Waldorf School.

Behind the scenes, the talents and energy of the D&R Canal State Park staff helped the Friends prepare for the event, and Dave Reed of Mapleton Nurseries volunteered his time, expertise, and labor to dig the holes for the trees to be planted. We are grateful to Princeton Nurseries for their generous donation of trees for the event.

The Ancient Forest -Native Plants of the Sourlands:  The boulder-strewn ridge of the Sourland Mountain avoided severe disturbance during the colonial period. It continues to be a sparsely settled remnant retaining the ancient forest plant and animal communities of our region. The presentation by Jared Rosenbaum explored the  wildflowers, ferns and woody plants of the Sourlands, with discussion of the area’s unique history and ecology.

About the speaker: Jared Rosenbaum lives on the Sourland Mountain ridge, deep in a forest he cherishes for its intricacy, beauty and power to teach.
An Associate Director of Stewardship at D&R Greenway Land Trust,  Jared joined the D&R Greenways Land Trust staff in 2007 after serving as a volunteer land steward for D&R Greenway for several years. This organization has preserved over 14,000 acres  of open space in New Jersey. He is the guiding force behind their new Native Plant Nursery (http://www.drgreenway.org/nativeplants.html), which is dedicated to restoring a rich diversity of native flora to the local landscape. In addition, he and his wife Rachel Mackow produce a blog that contains photographic and written observations of the wilderness of New Jersey’s Sourland Mountain region (http://theshagbarkspeaks.blogspot.com/), including native plant lore, wildlife sightings, and thoughts about stewardship of our natural landscapes. 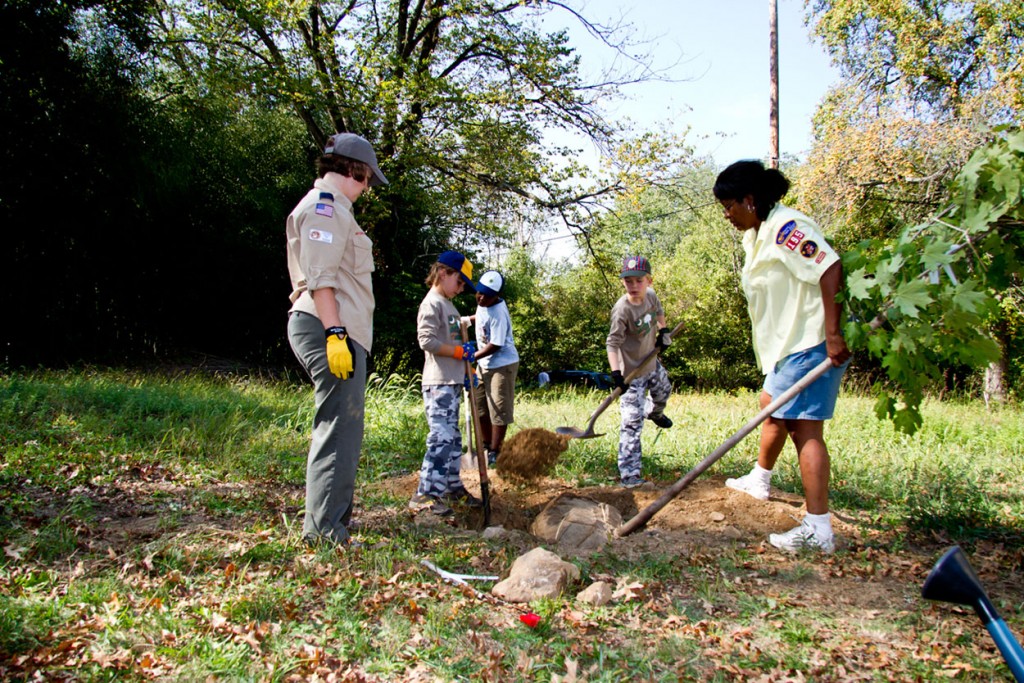 The Friends of Princeton Nursery Lands are deeply grateful for the outpouring of energy and enthusiasm shown at our National Public Lands Day work session in the Mapleton Preserve on Saturday, September 25, 2010.  Twenty-two volunteers came to plant, mulch, and water trees, clear bamboo, weed the butterfly garden, and collect litter. 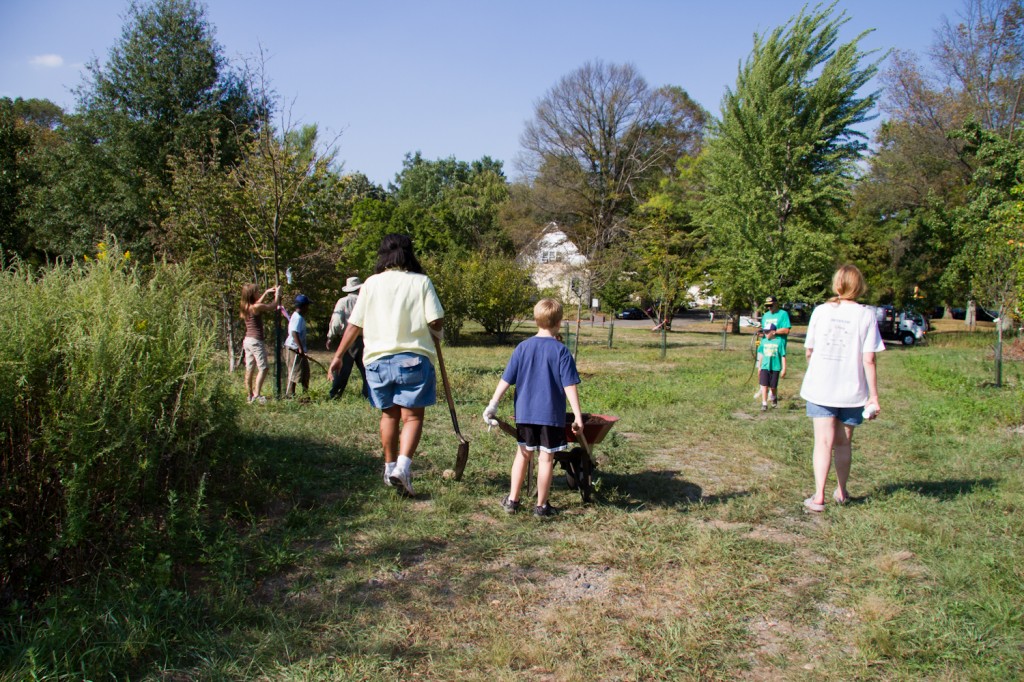 The trees to be planted were kindly stored by Dave Reed of Mapleton Nurseries, who also prepared the planting holes.  A tree expert from Woodwinds answered questions relating to tree care, and injected the most recent additions to the Preserve’s Flemer Arboretum with Worm Tea, an organic soil amendment “brewed” with worm castings. 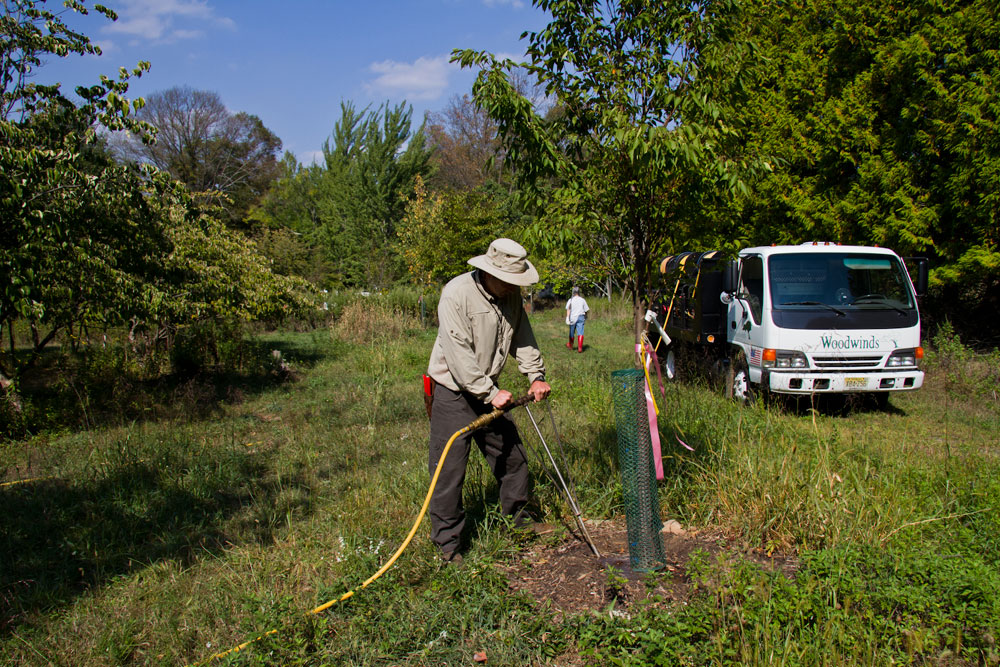 The Friends also appreciate the presence of   photographer Jonathan Michalik, who documented the day’s efforts.  Finally, many thanks to the D&R Canal State Park personnel, who conscientiously and cheerfully facilitate our endeavors in the Mapleton Preserve and elsewhere on the site of the former Princeton Nursery Lands. 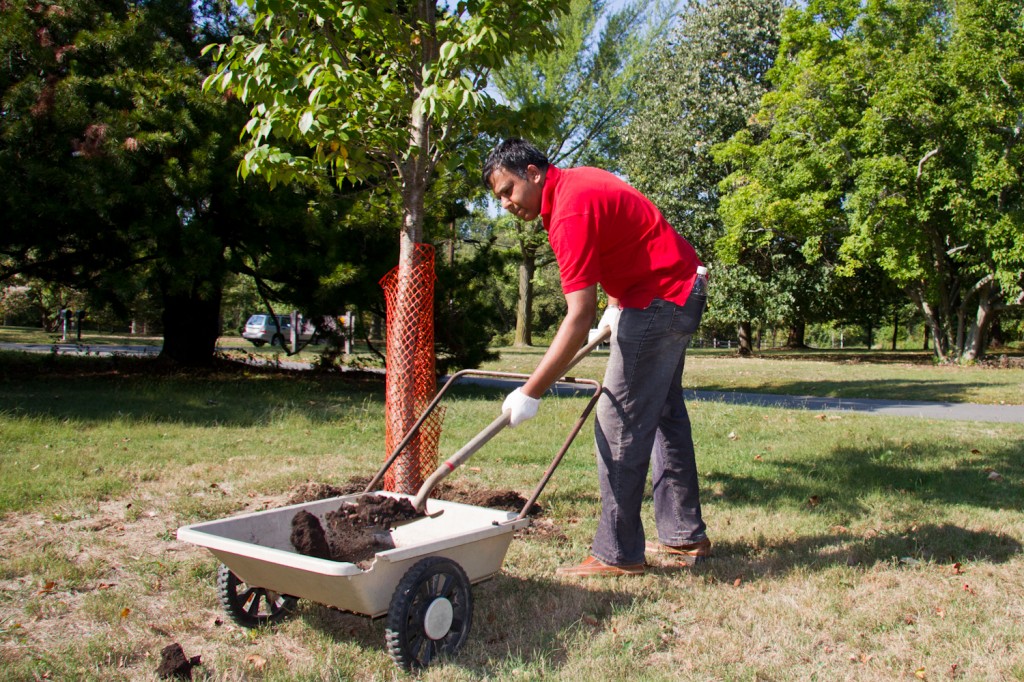 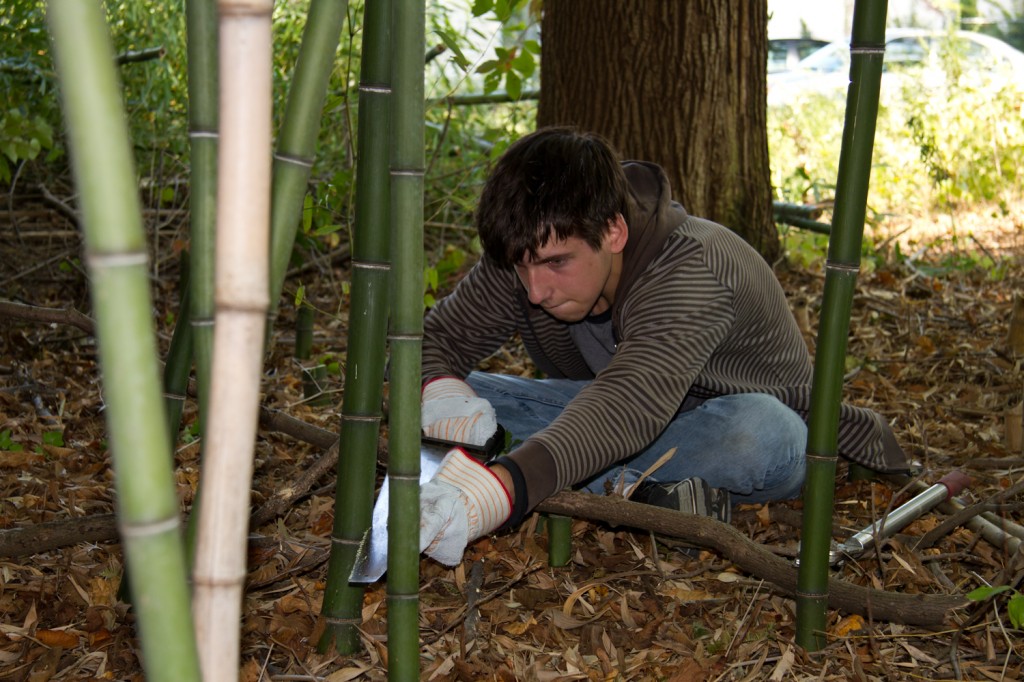 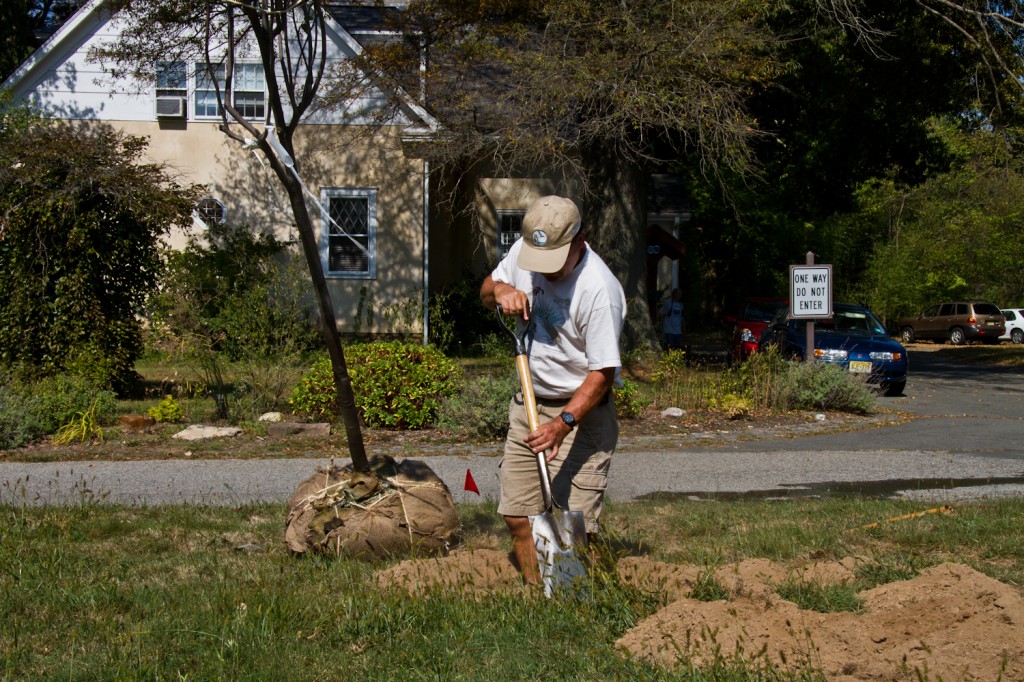 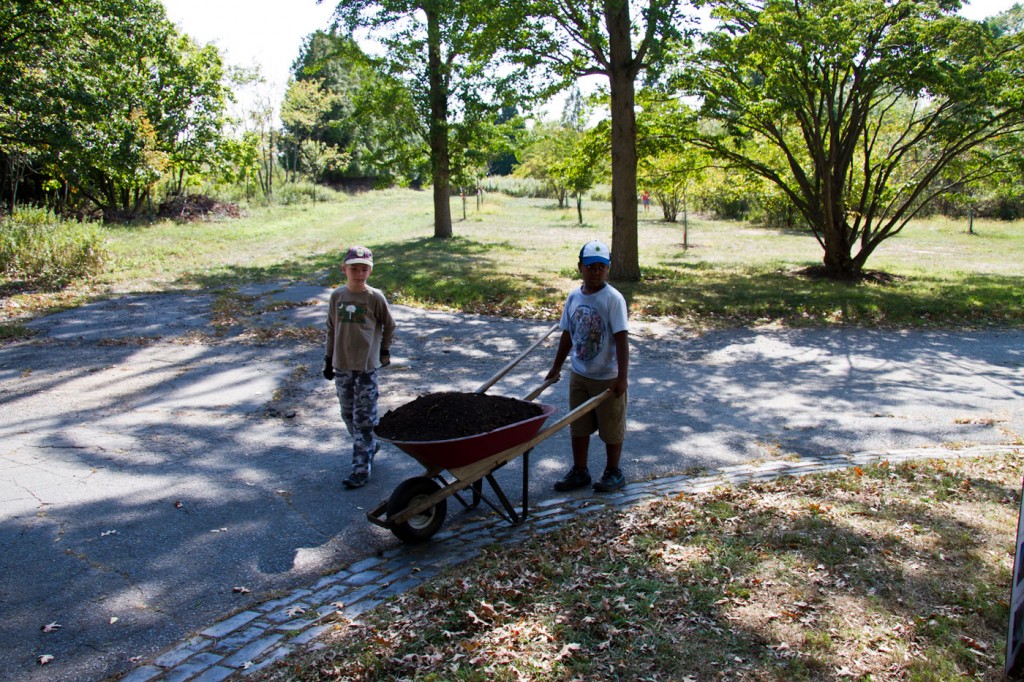