Thank you to all 45 volunteers who made our MLK session a success! 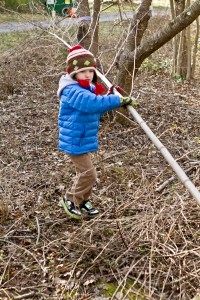 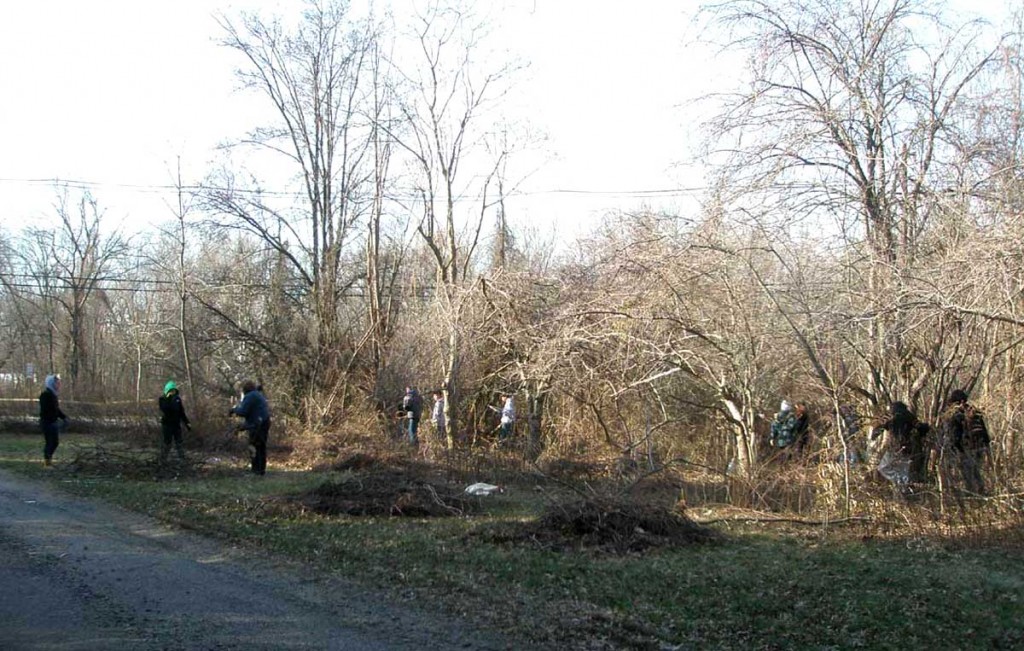 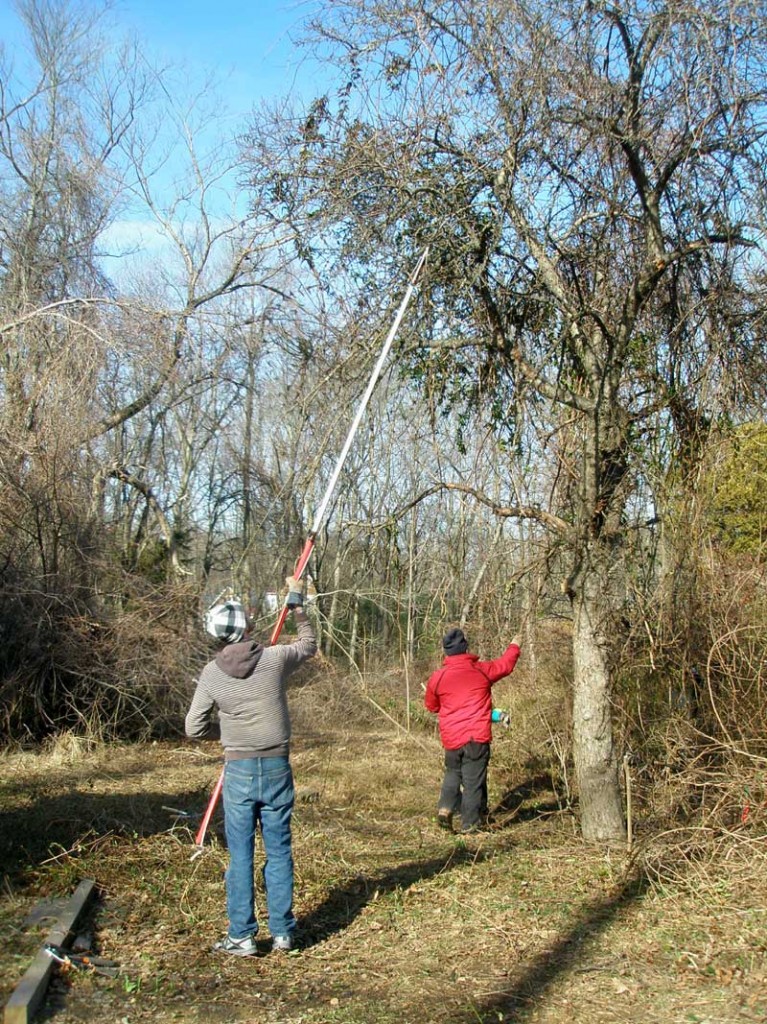 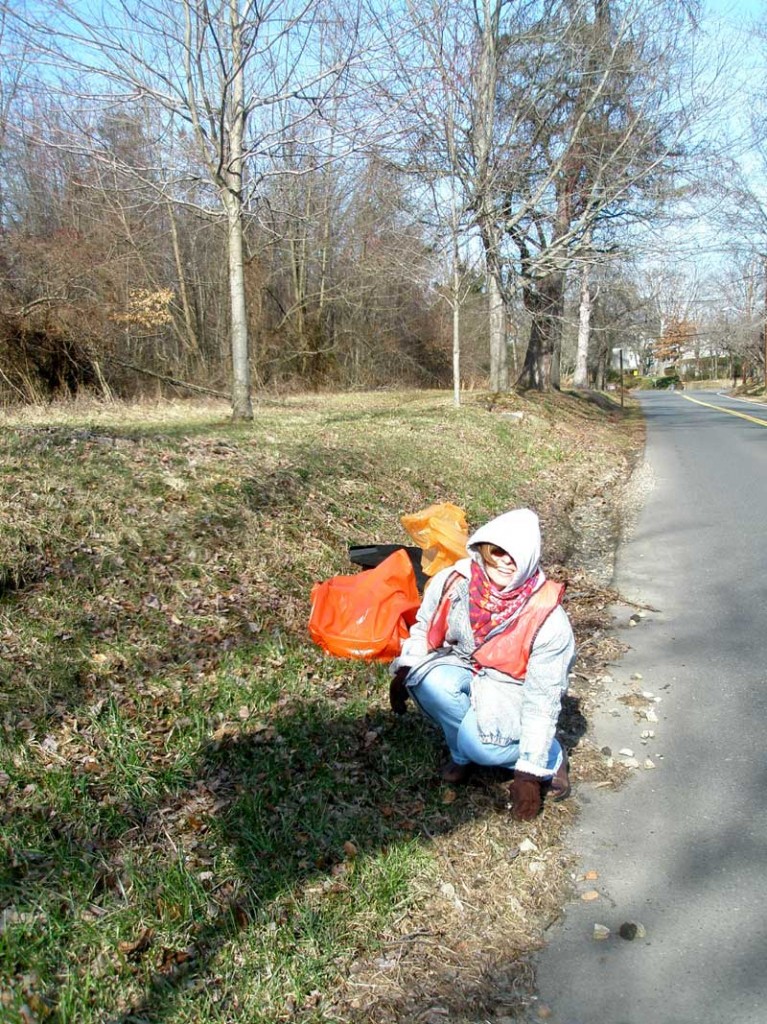 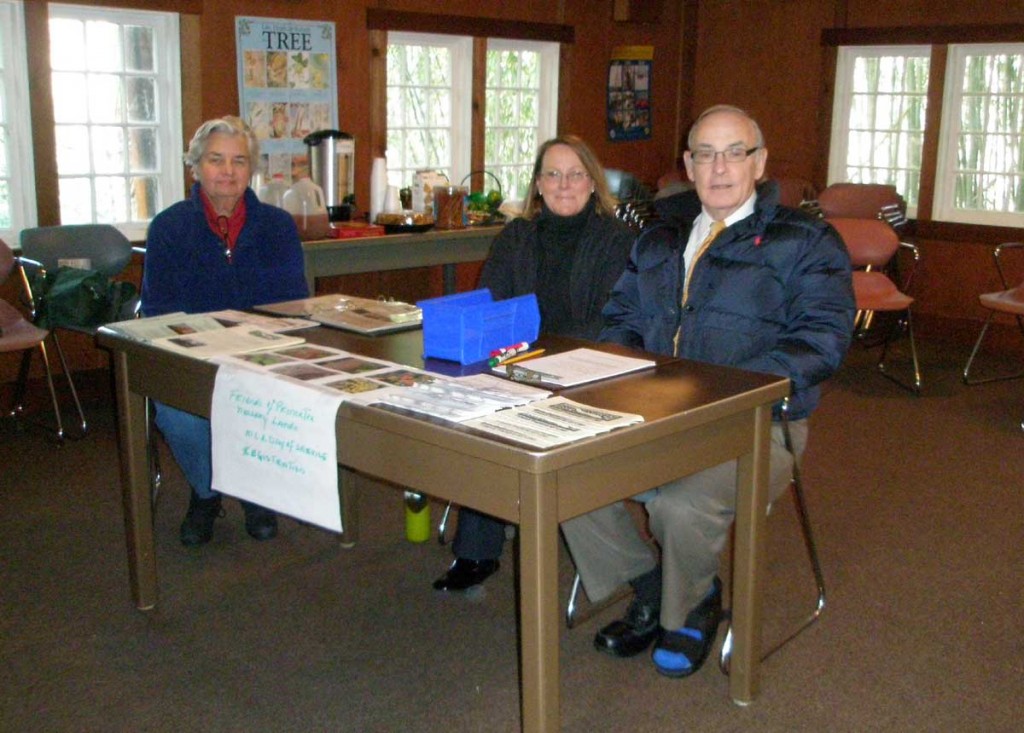 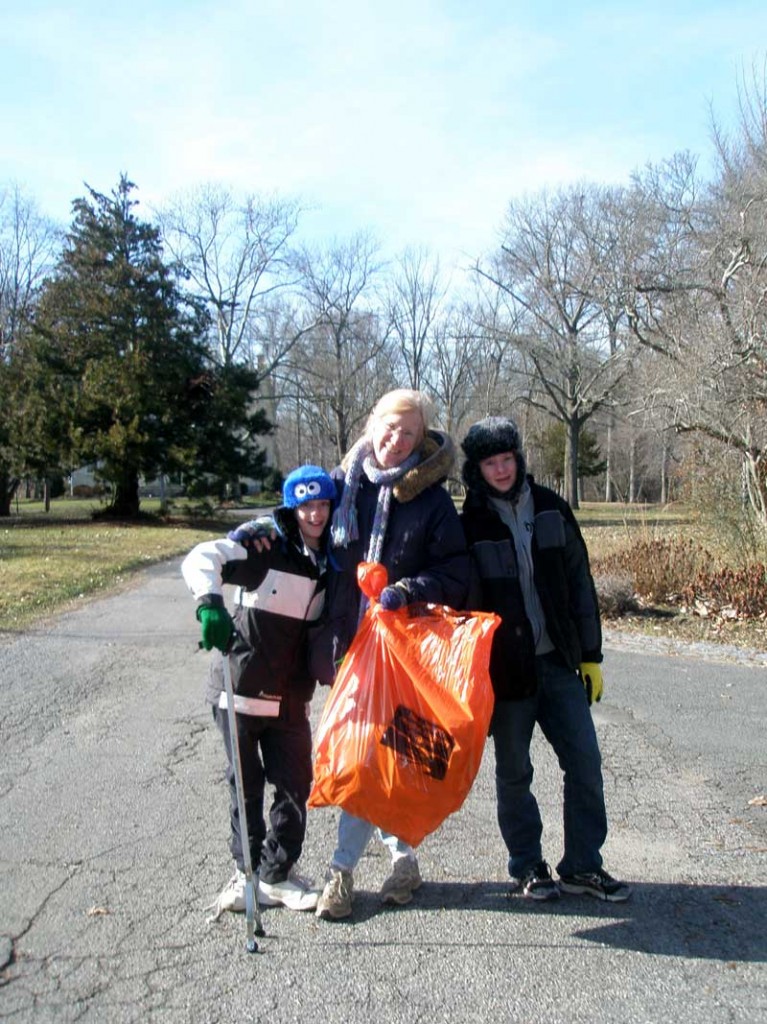 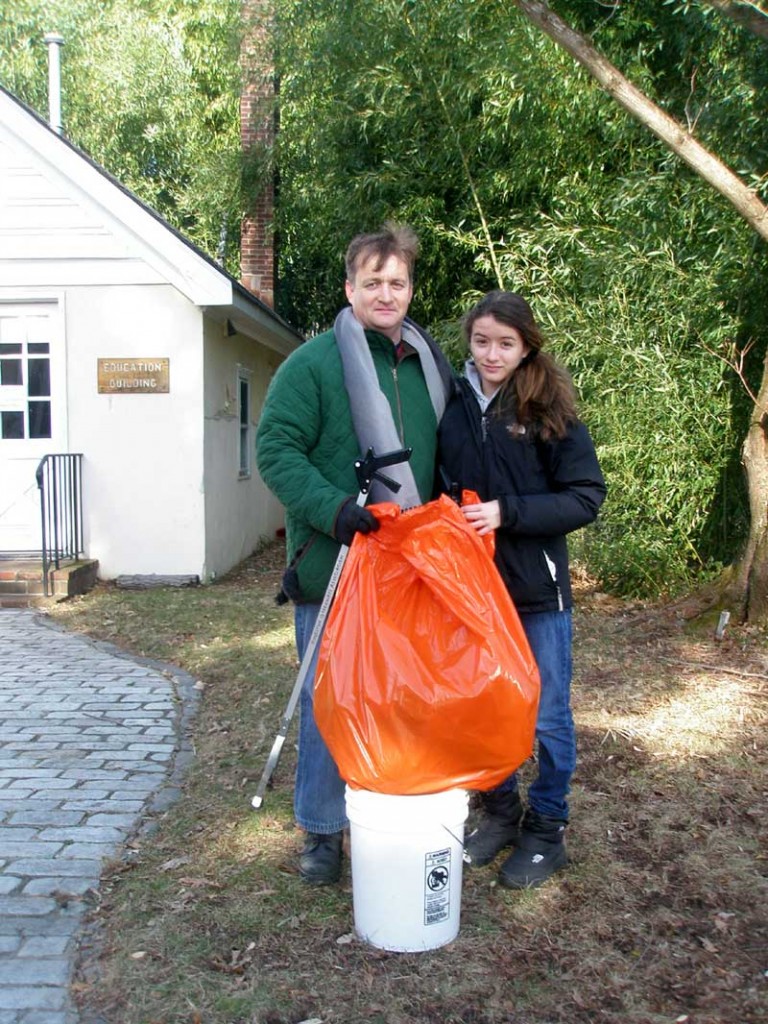 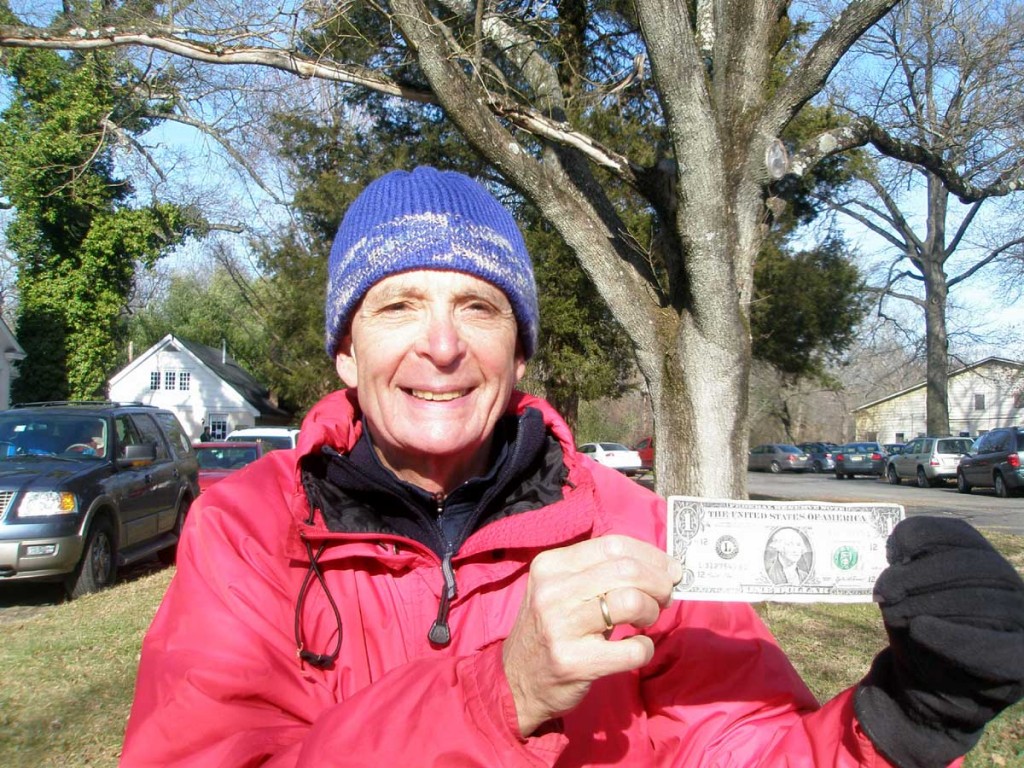 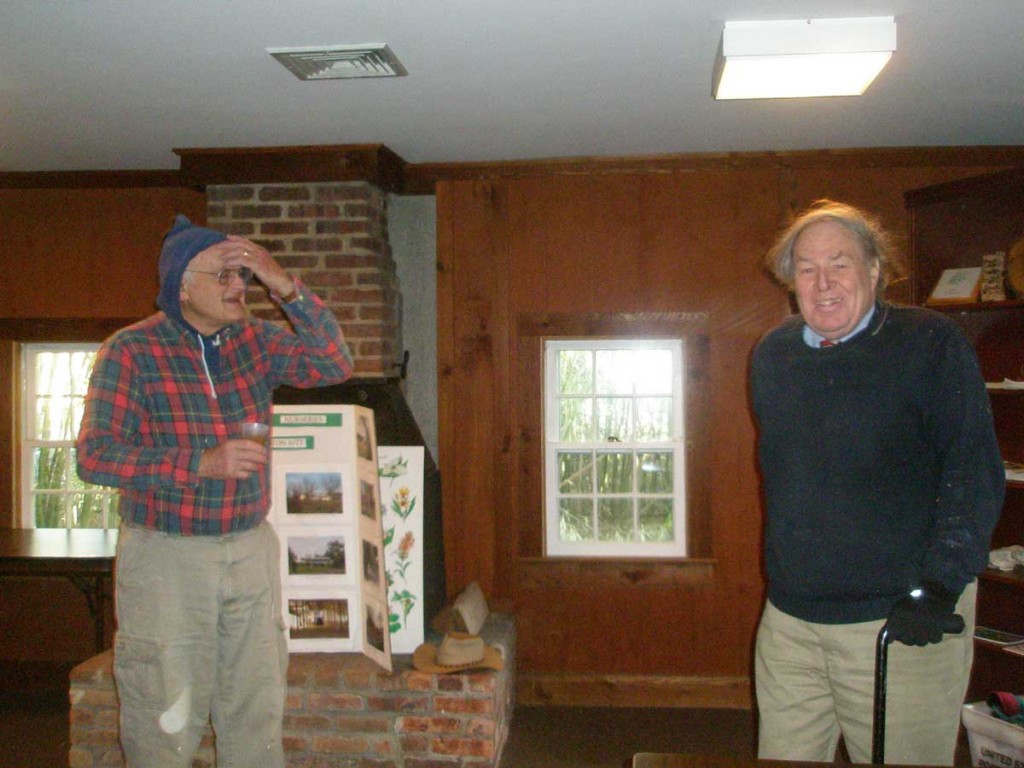 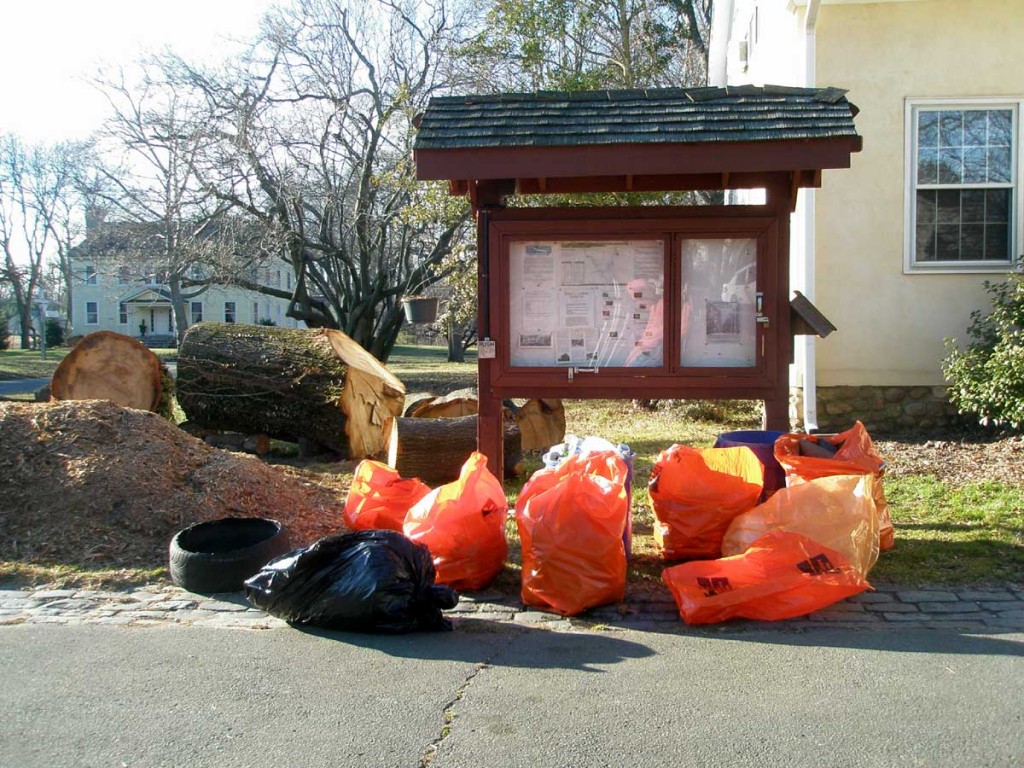 The celebration began with the official dedication of interpretive signs for the site, the former home of Princeton Nurseries. 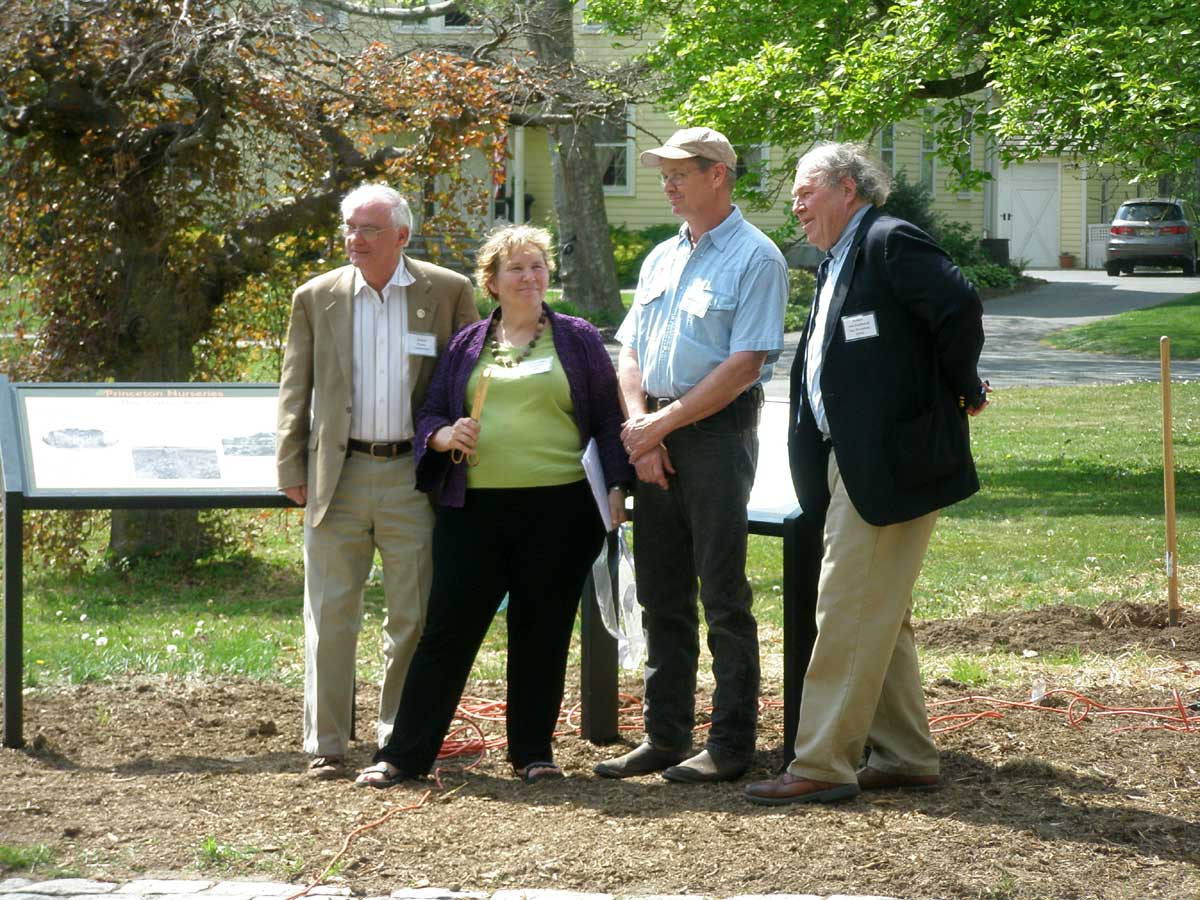 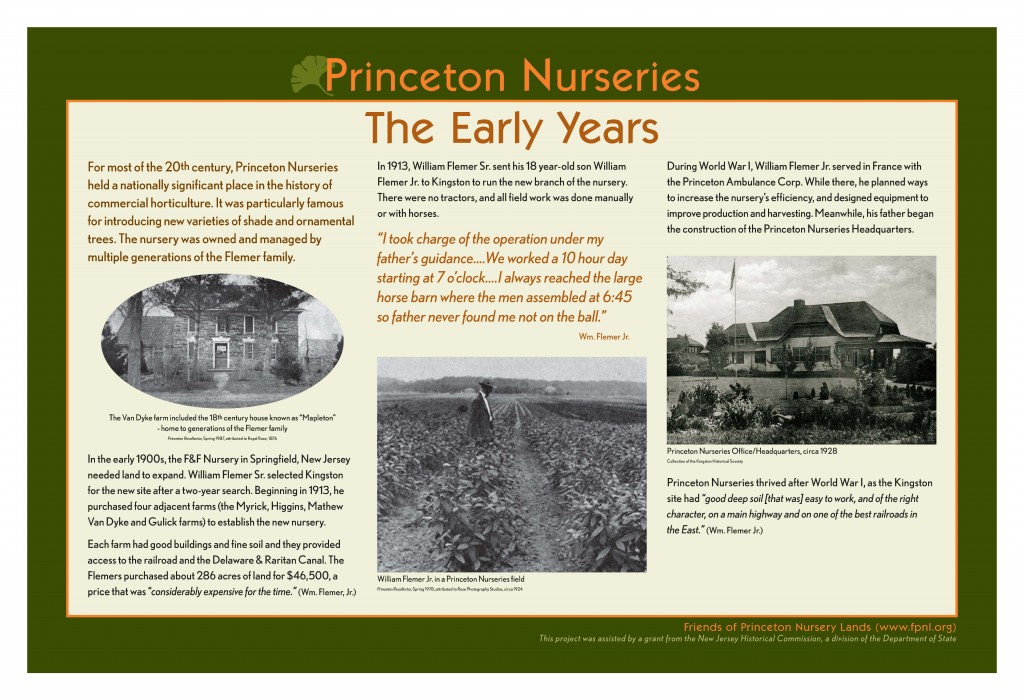 These new signs were developed by Friends of Princeton Nursery Lands, with the assistance of a project grant funded by the New Jersey Historical Commission.  The interpretive panels will help visitors understand the historic and cultural significance of the site. 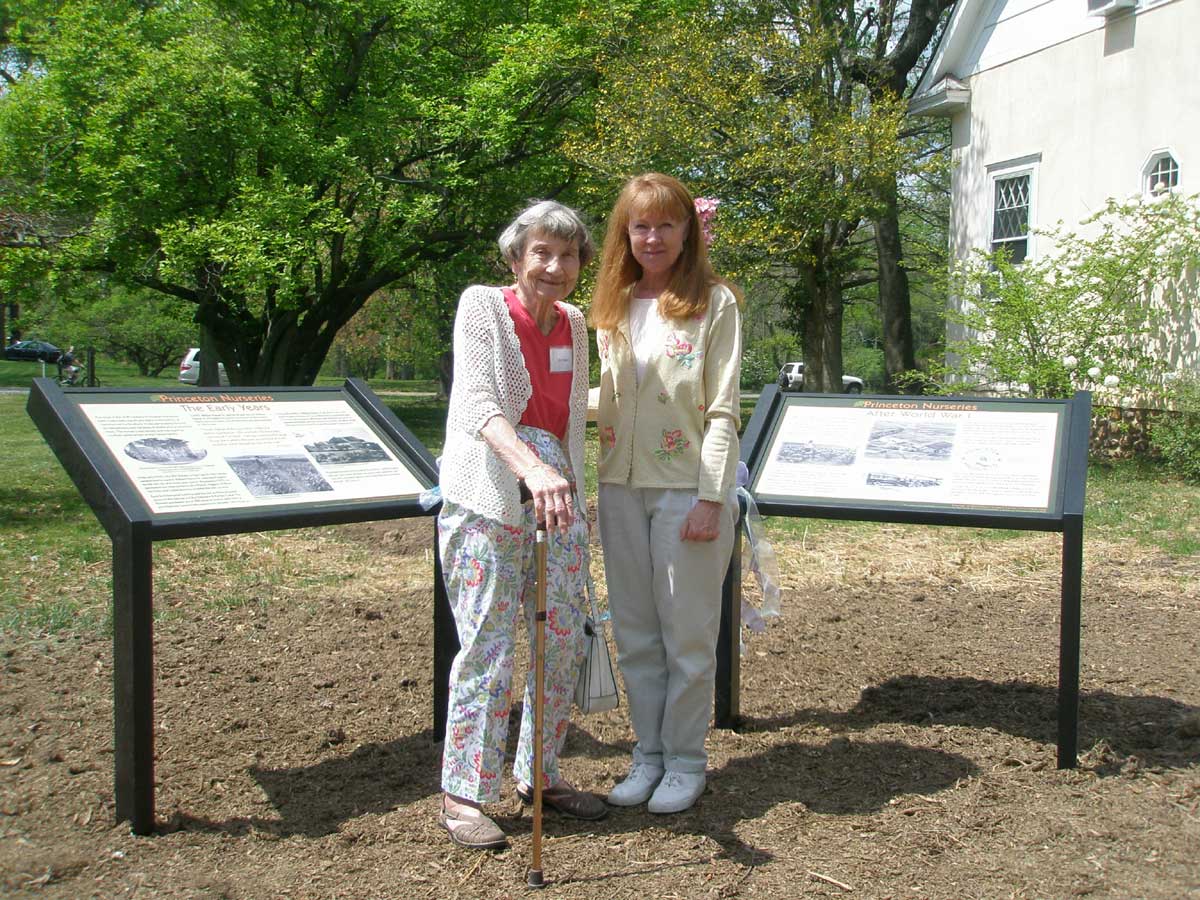 Karen Linder then gave an abbreviated illustrated history of Princeton Nurseries, and the celebration concluded with the traditional planting of a tree–a lovely pink dogwood. 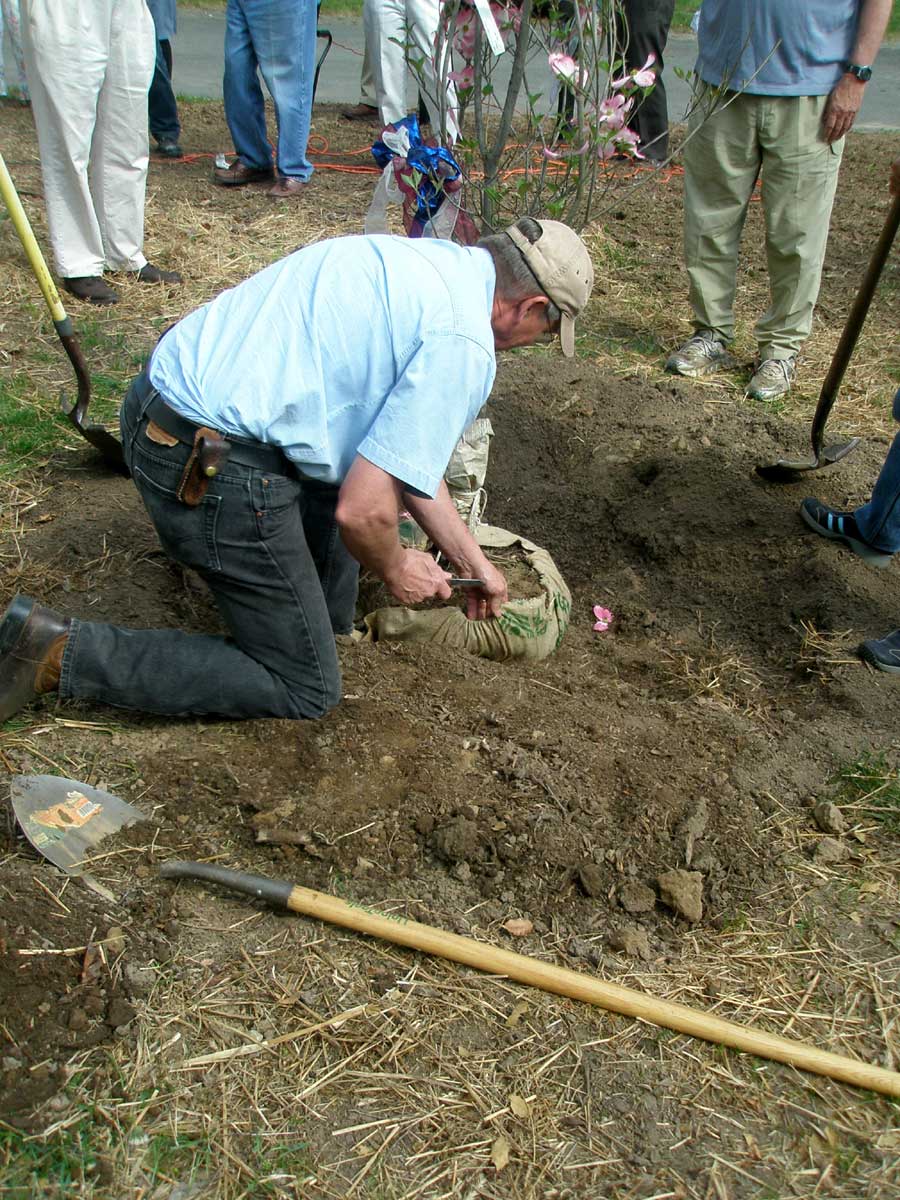 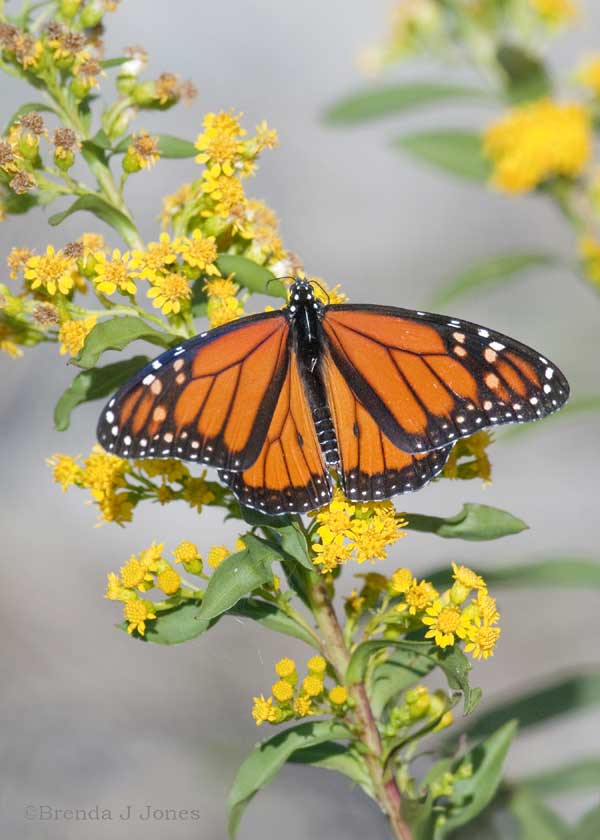 Kate and Katherine Dresdner have raised and released over 200 wild Monarch butterflies during summer seasons. They talked about this mysterious and magical species, its amazing migration for thousands of miles to its winter home on forested mountaintops in Mexico, and its developmental life-cycle from egg to caterpillar and caterpillar to butterfly.

They described their efforts to increase the survival rate of local Monarchs by harvesting eggs and incubating them under carefully controlled conditions in their home.  Their breathtaking closeups of  Monarchs at various stages of development illustrated their discussion of Monarch raising techniques, health issues, and protection from predators.  They recommended planting milkweed, the sole host plant for Monarchs; an area as small as a square foot is enough to grow a good food supply for the caterpillars. Their interest and passion for this species developed from gardening with native plants and creating habitat for birds, butterflies, and pollinators.

Friends of Princeton Nursery Lands in collaboration with the D&R Canal State Park naturalist organized an old-fashioned scavenger hunt with a modern twist. 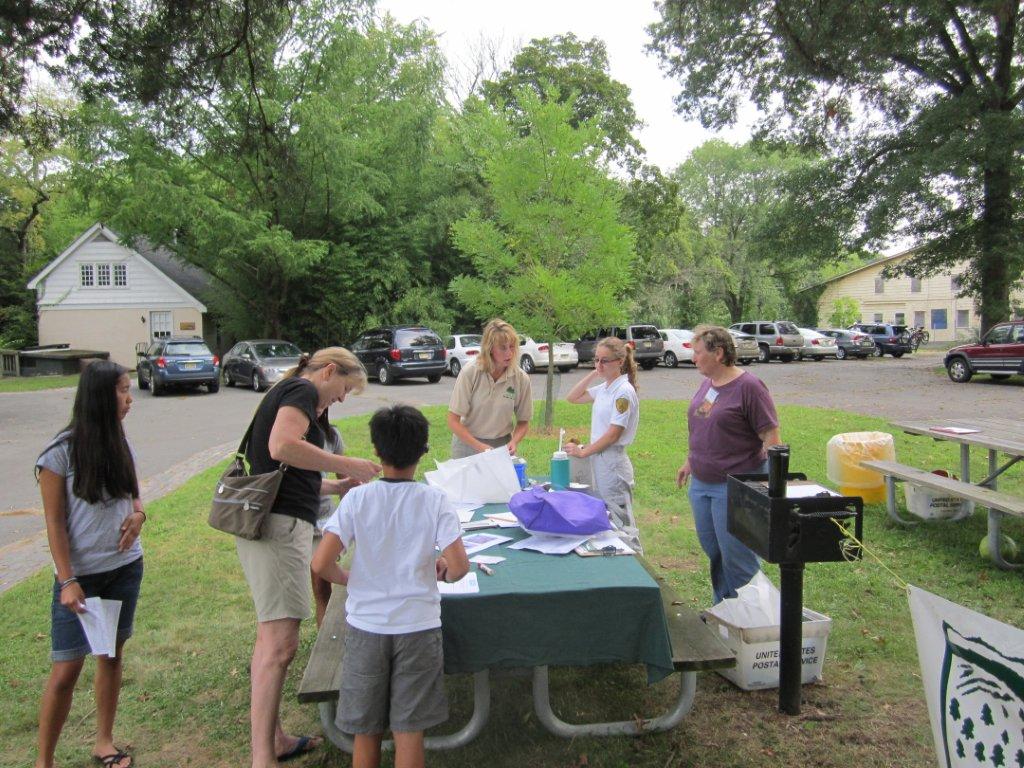 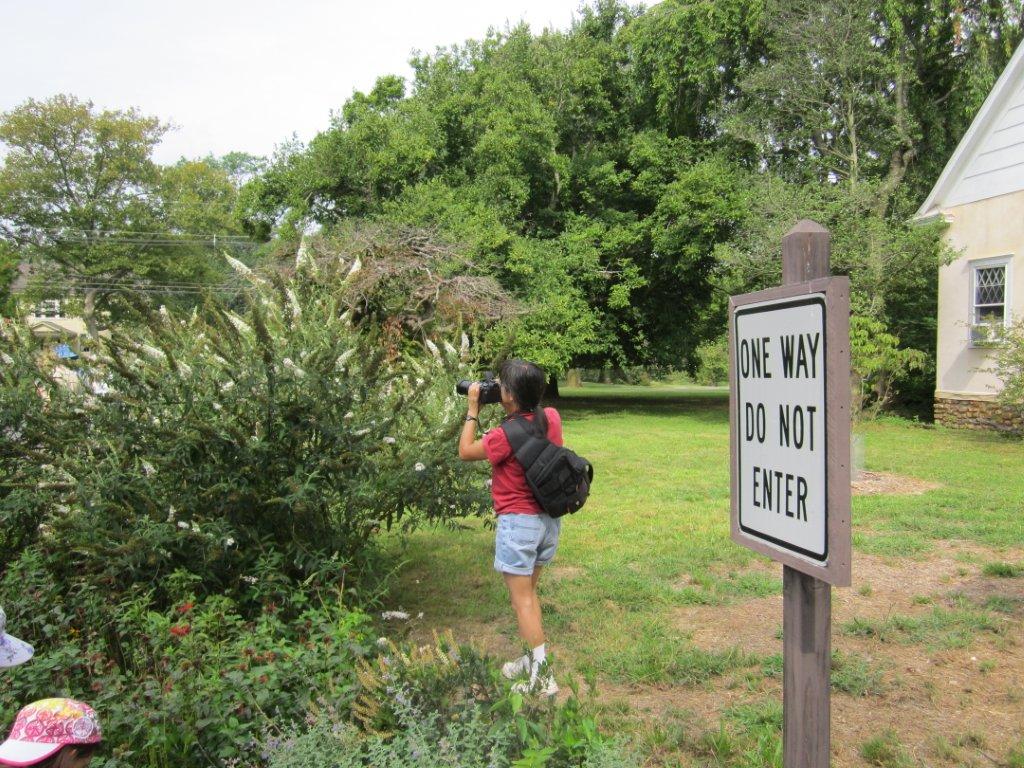 Participants used their observation skills and imaginations to gather photos of items on the scavenger hunt list. 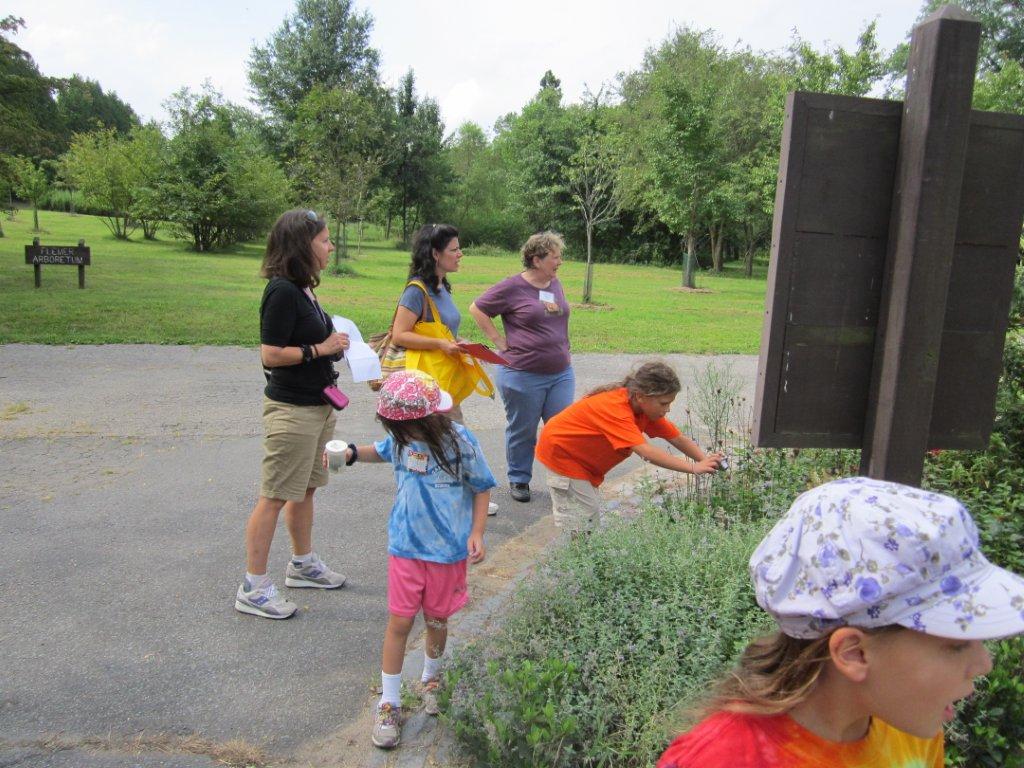 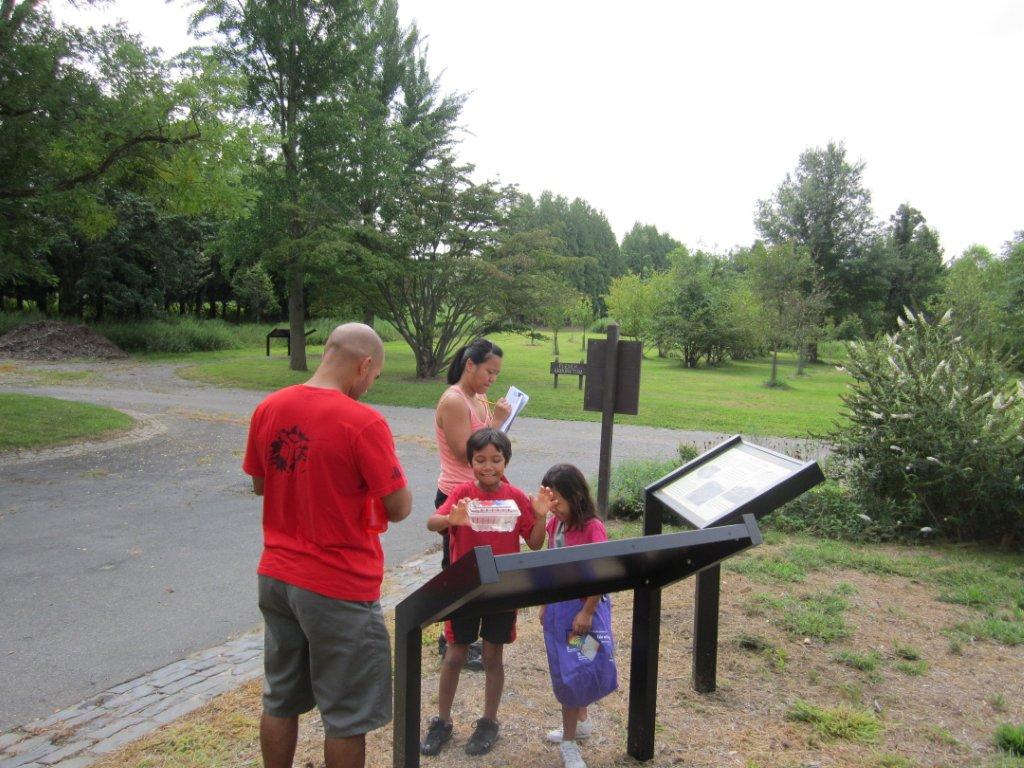 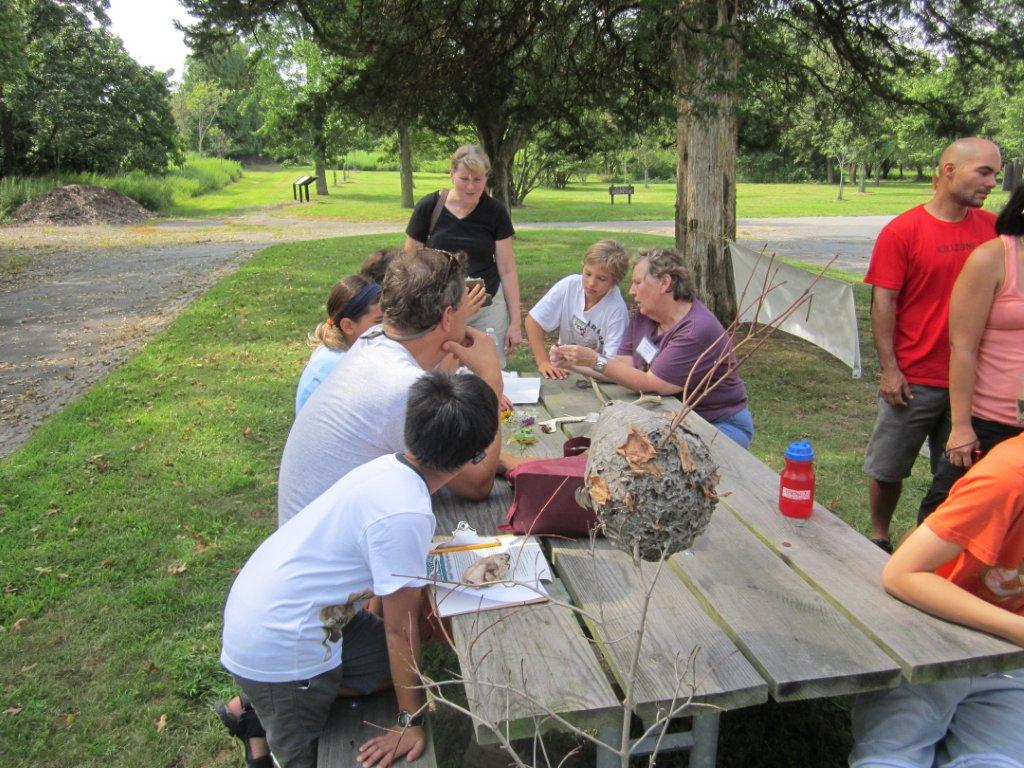 All photos by Robert von Zumbusch

A hearty crew gathered for an afternoon of stewardship in the Mapleton Preserve, former home site of Princeton Nurseries.  We cleared trees by removing vines, invasives, and brush, mulched trees in the Flemer Arboretum, and collected lots of litter.  Many thanks to our volunteers, and to Jonathan Michalik, who took these photographs! 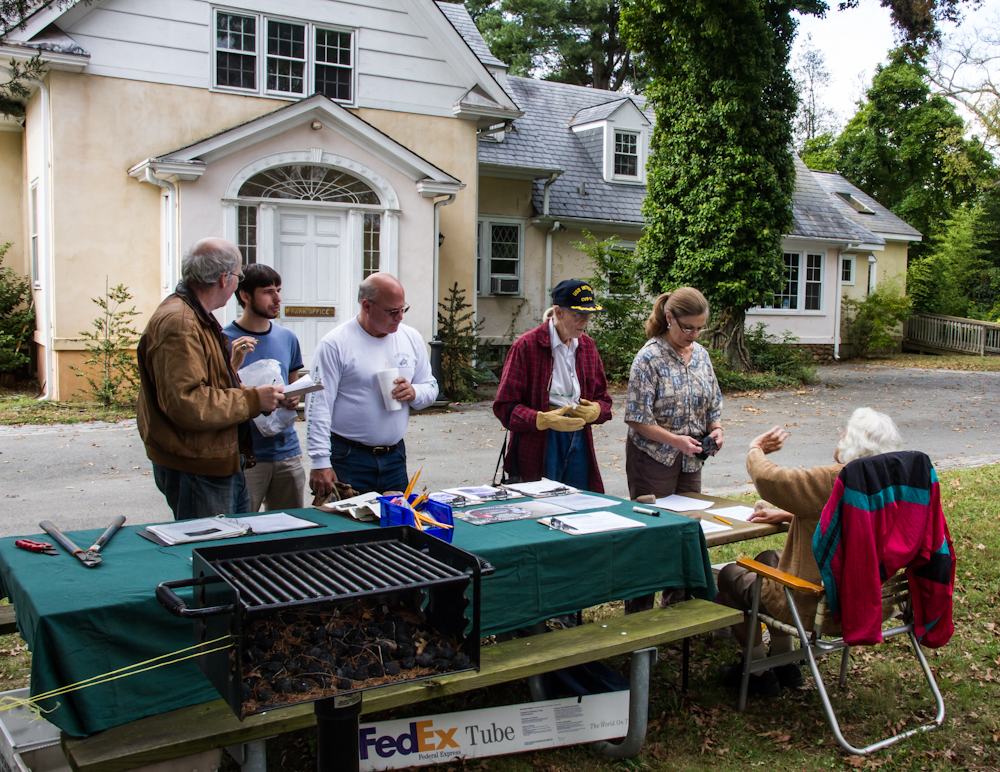 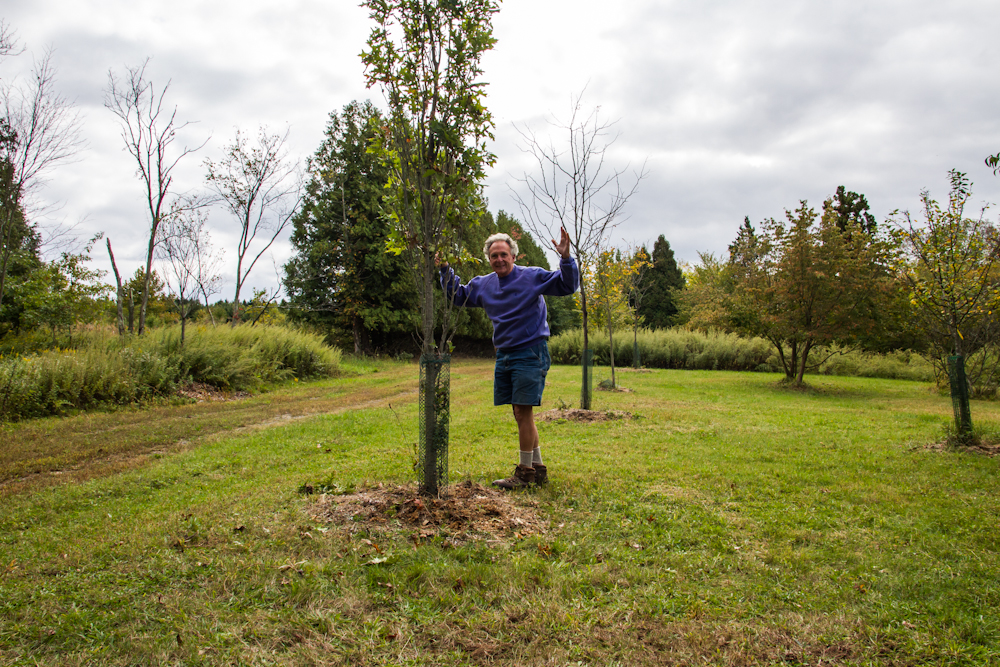 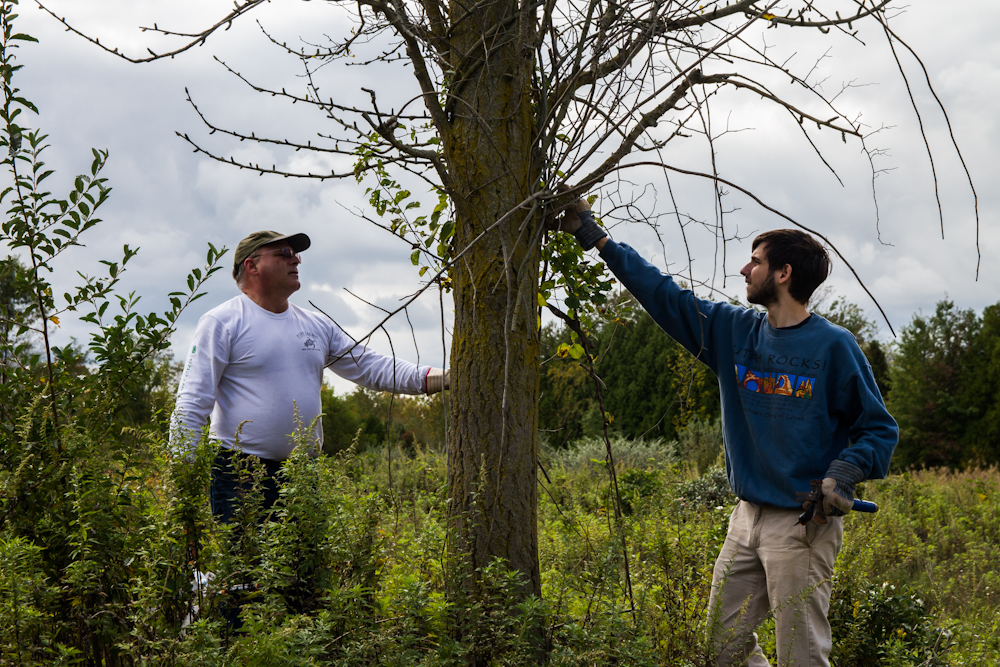 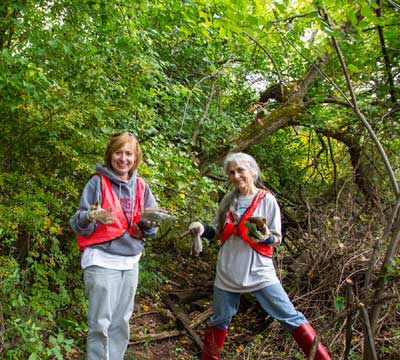 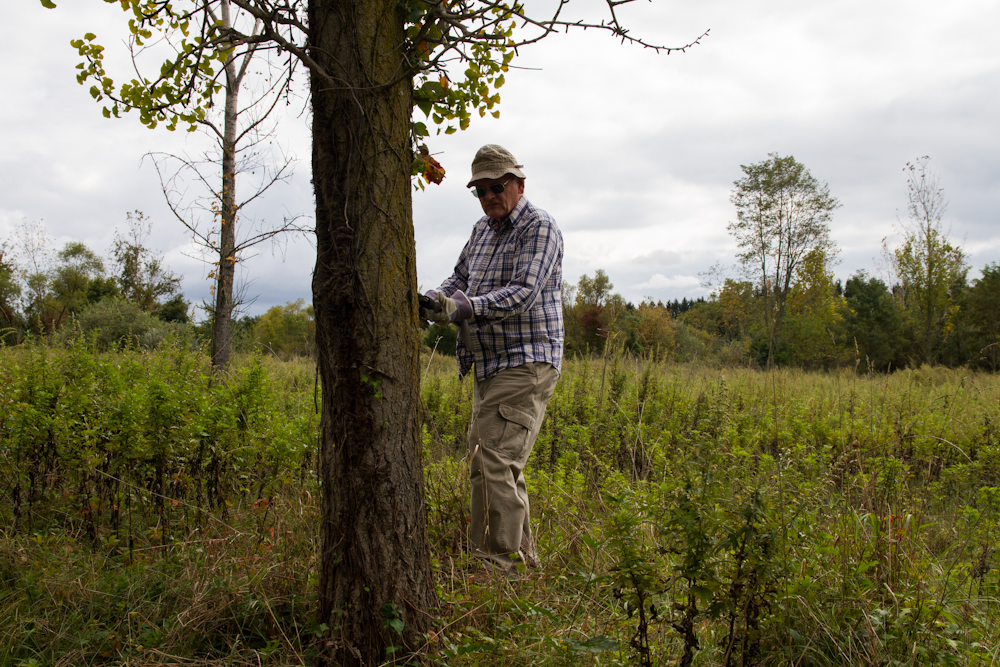 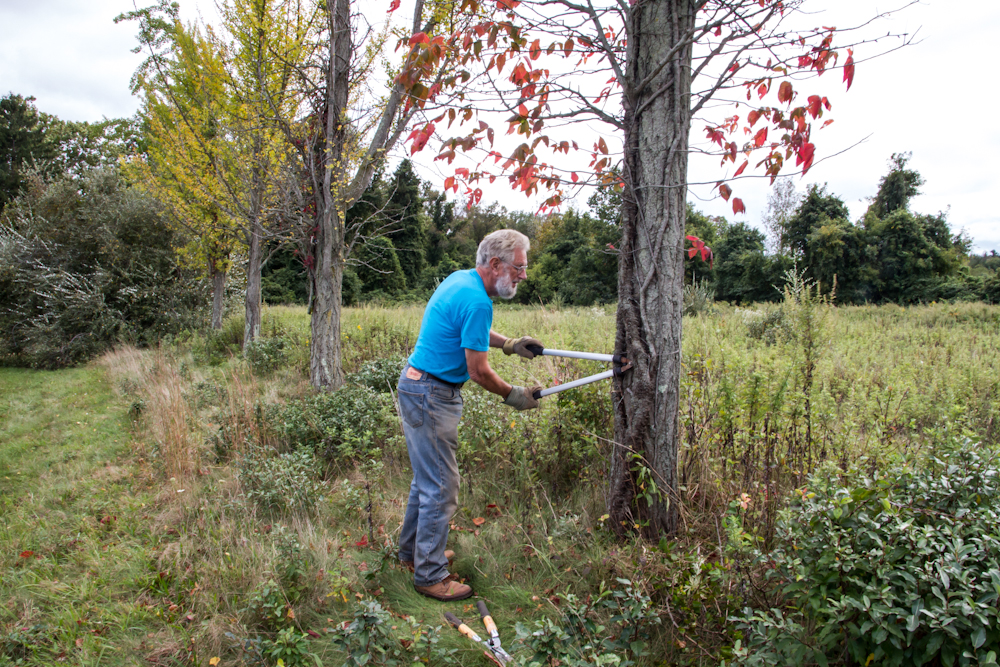 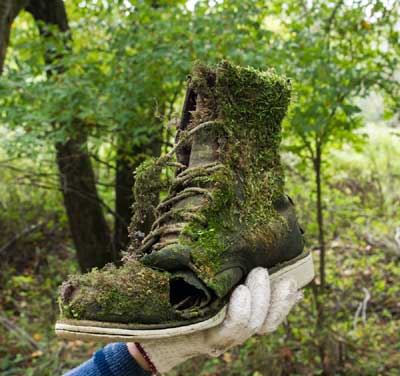 Thirty people joined FPNL President Karen Linder for a Thanksgiving Day morning exploration of the Mapleton Preserve. We  looked for items on the menu for Thanksgiving dinner for the animals and birds at Mapleton Preserve, and found a rich buffet, including berries, evergreen cones, ginkgo nuts, and “syrup,” as evidenced by a trunk peppered with holes made by a sapsucker! 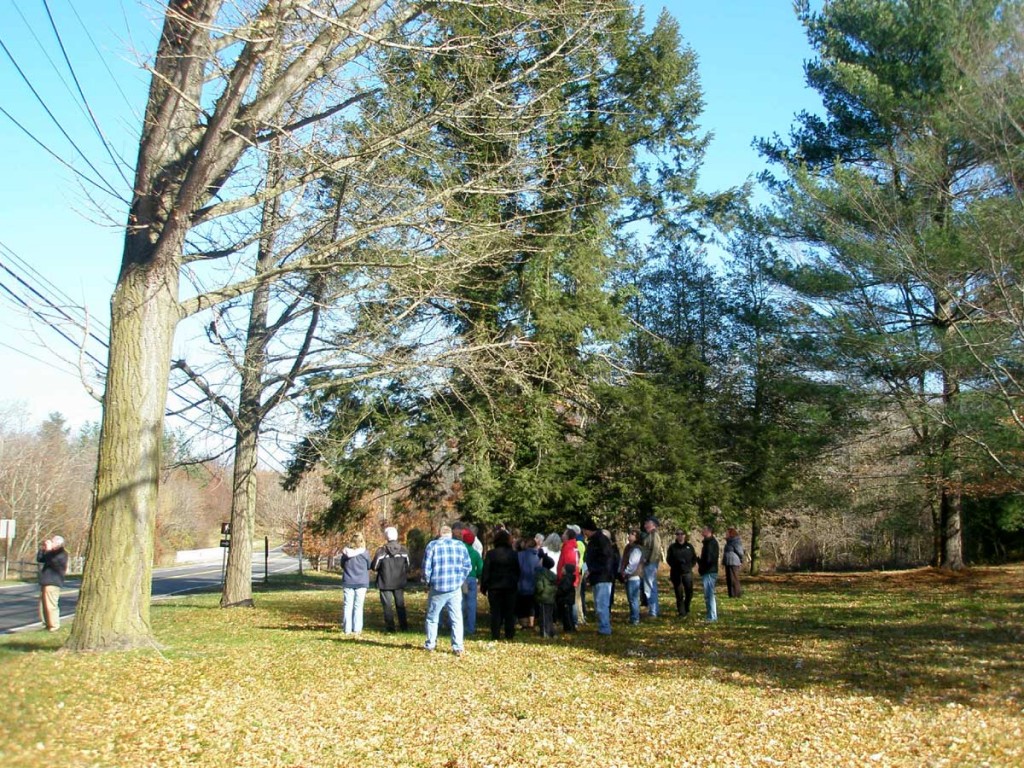 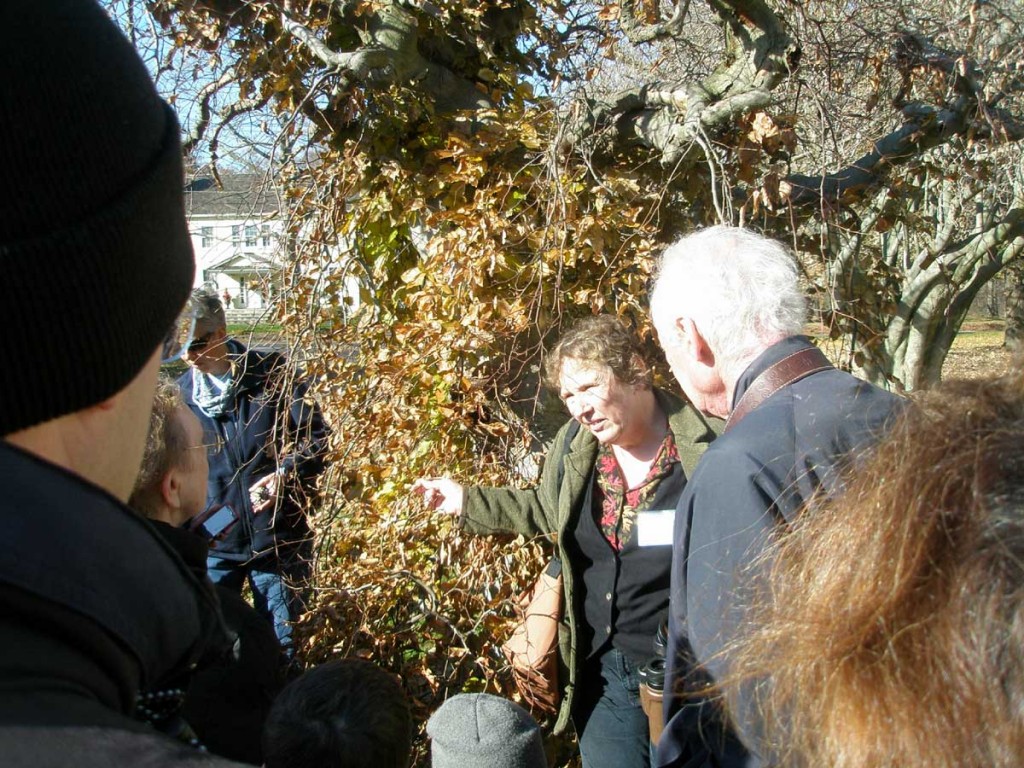 An alert youngster spotted what proved to be a praying mantis case on this beech tree.