In 2009, FPNL was awarded a grant from the Federal Recreational Trails Grant Program to fund the installation of a Clivus Multrum in the Preserve. Until now, there have been no toilets at the Preserve except an indoor bathroom (available only when the Park office is open) and, sporadically, a leased portable sanitation unit–neither of which is handicapped-accessible. 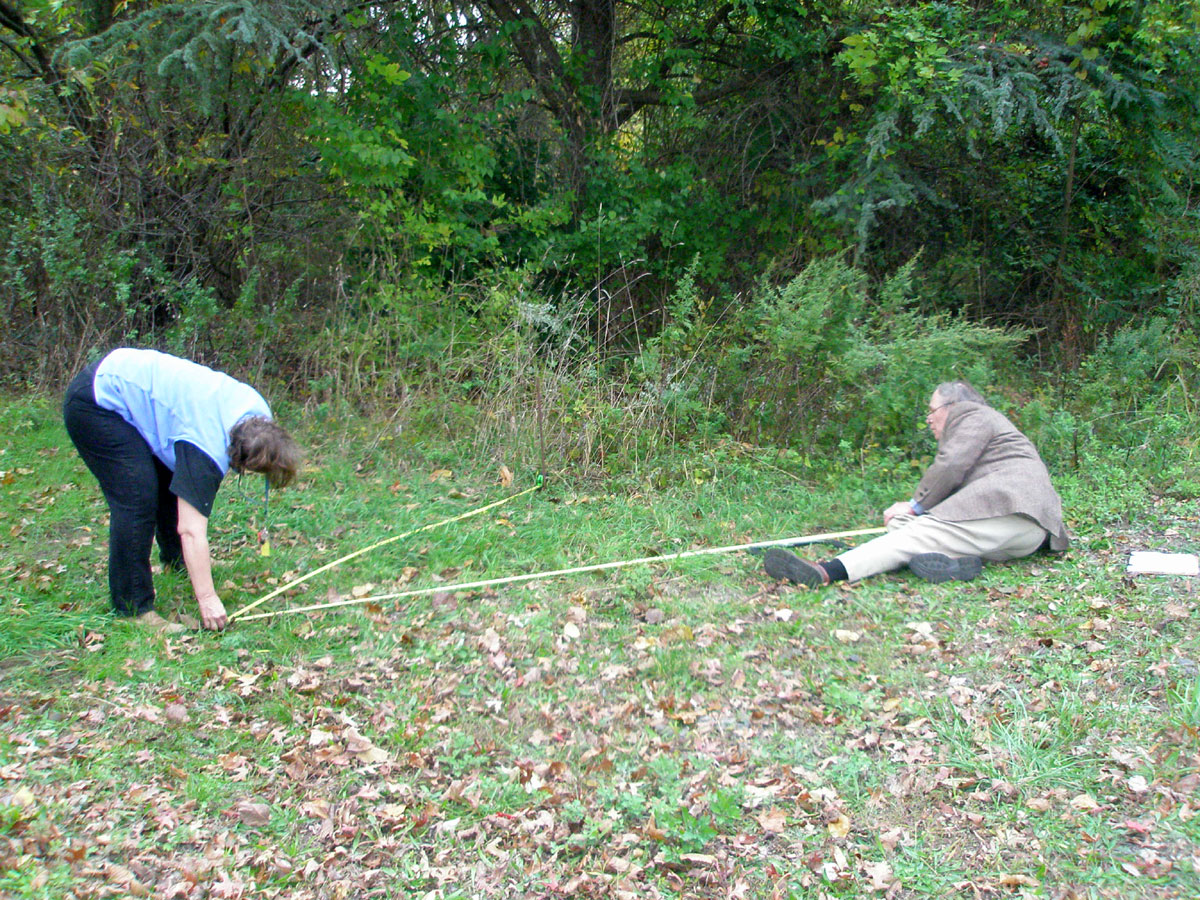 Getting the Clivus to operational status has been a long process of research, determining the site, digging the pit, laying a gravel base, placing the tub in the hole and grading around it, erecting the structure, and installing the roof, solar collector, and battery. 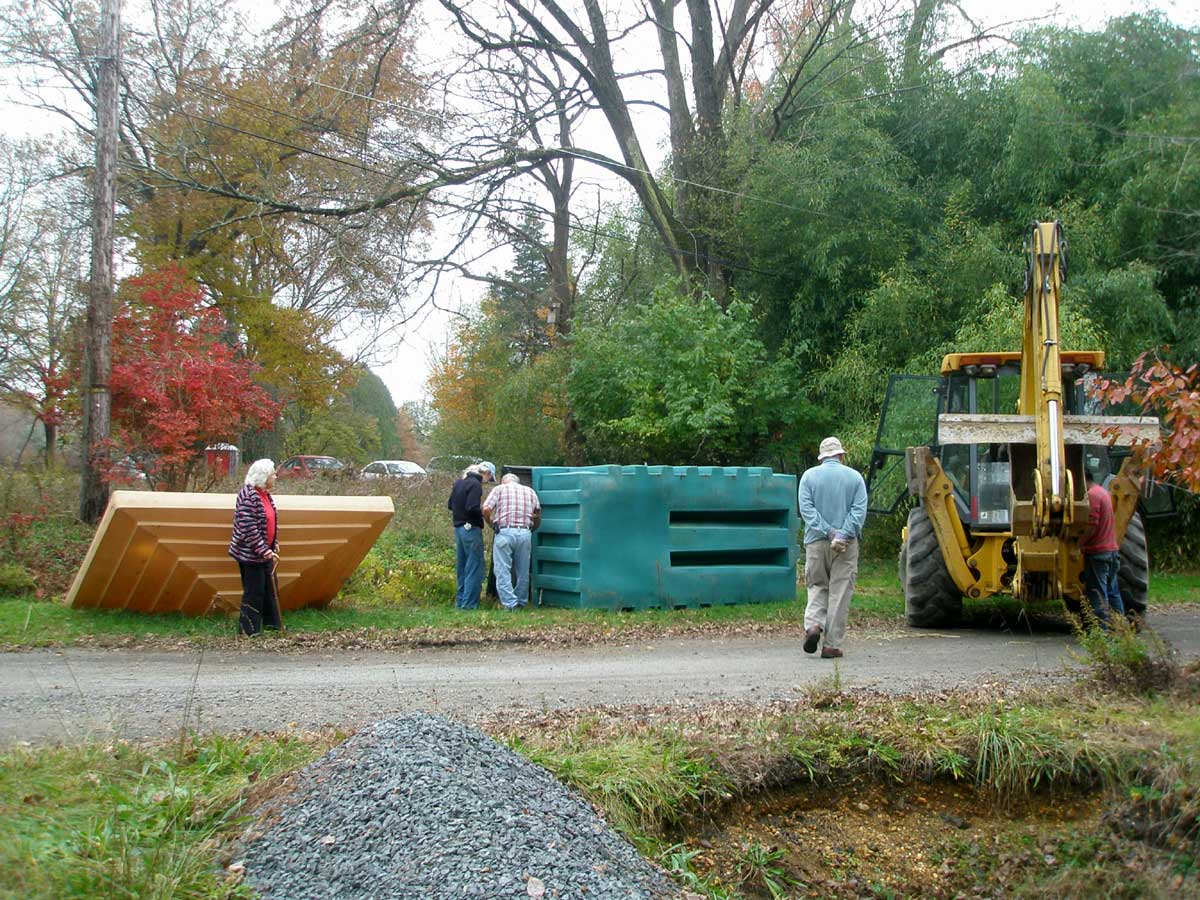 The hole and the stone fill are ready 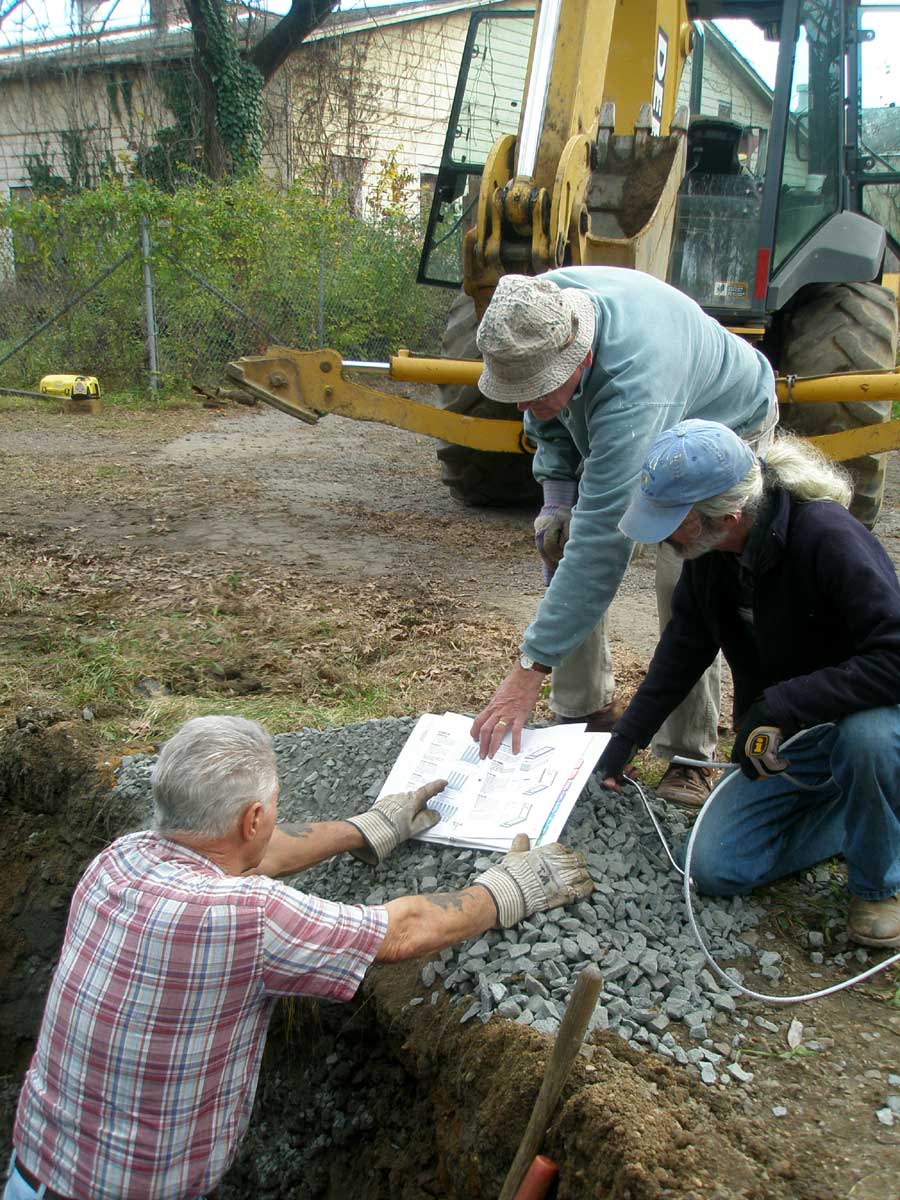 Video by Doug Miller of installation: 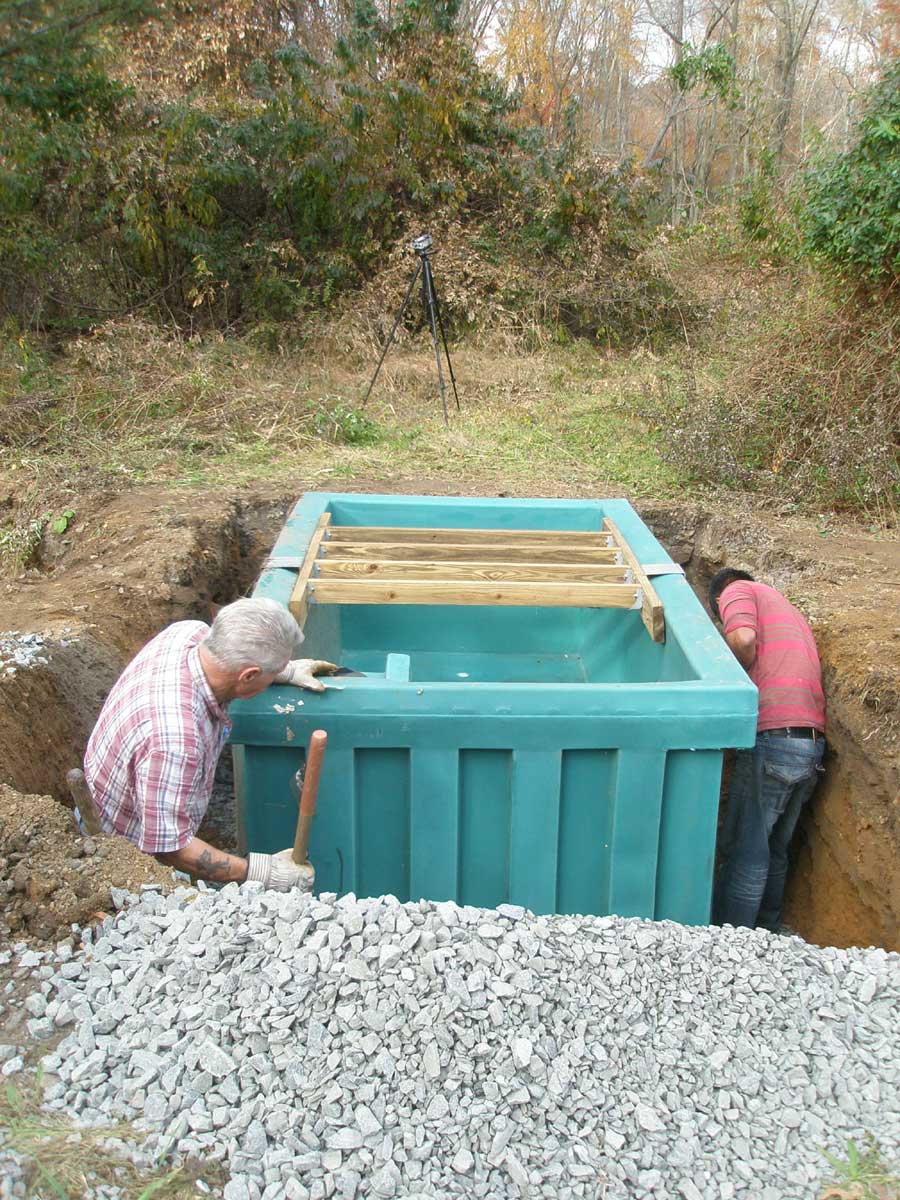 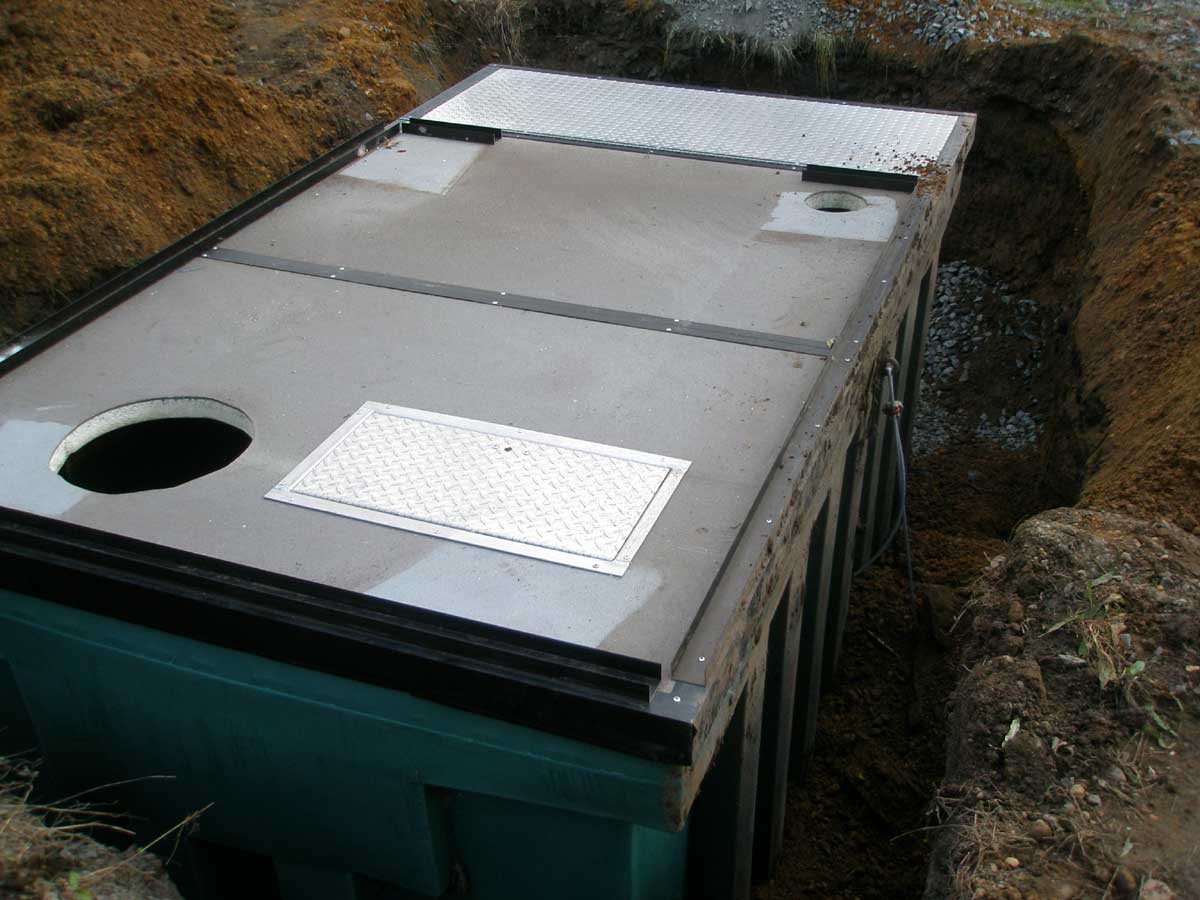 Now for the floor... 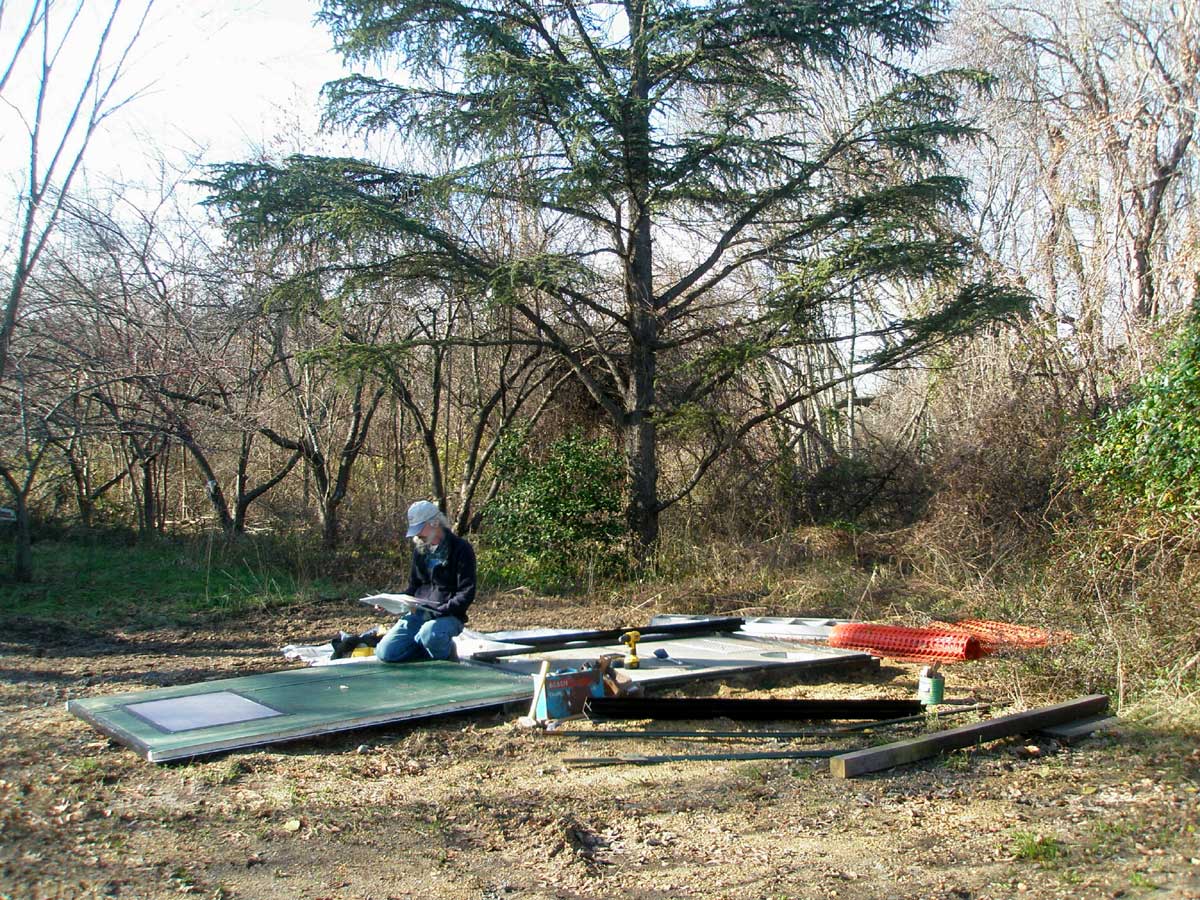 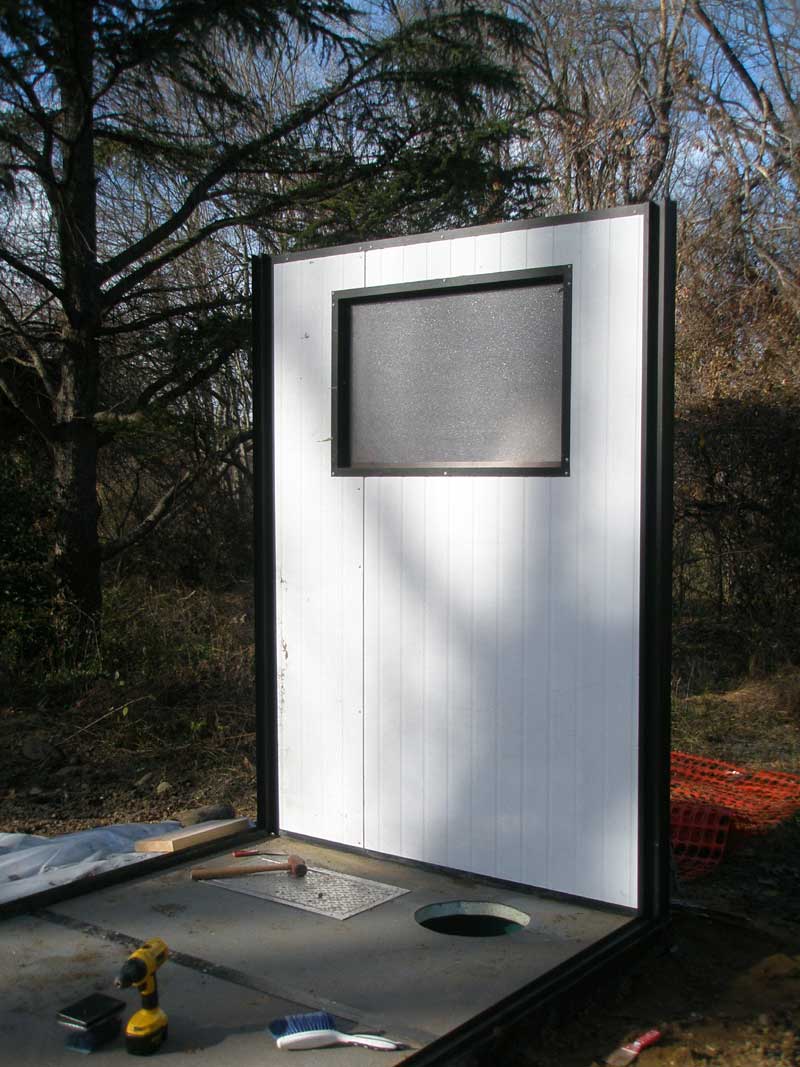 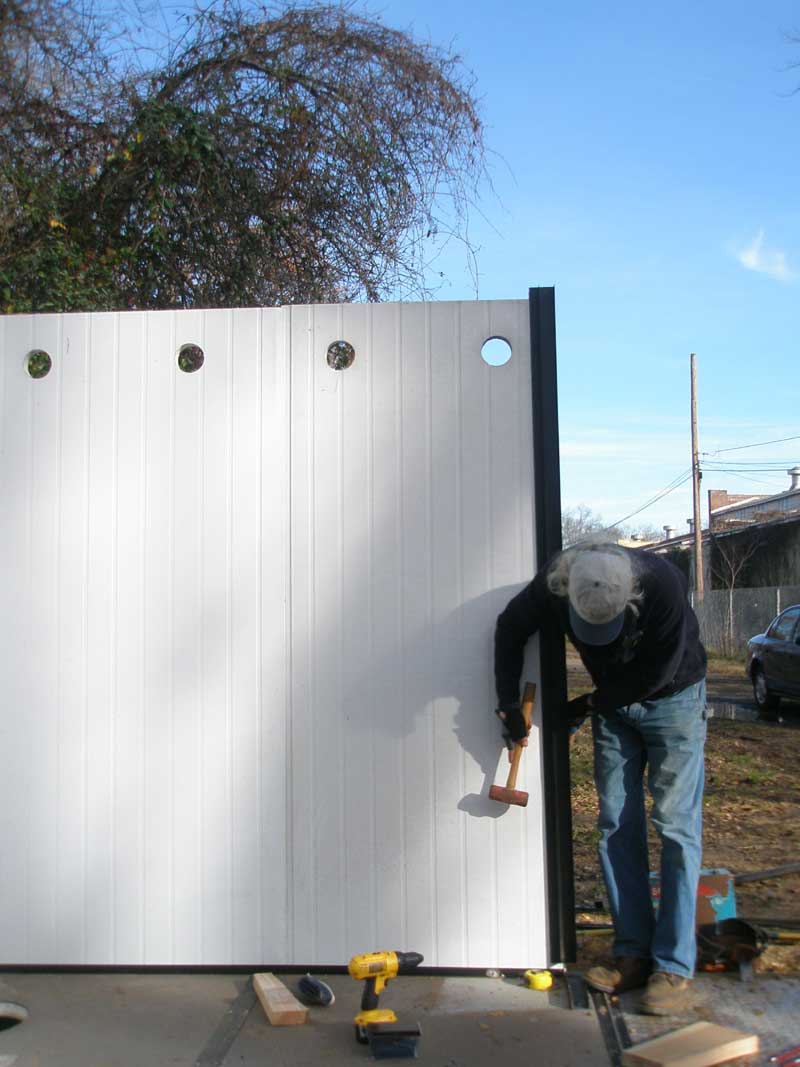 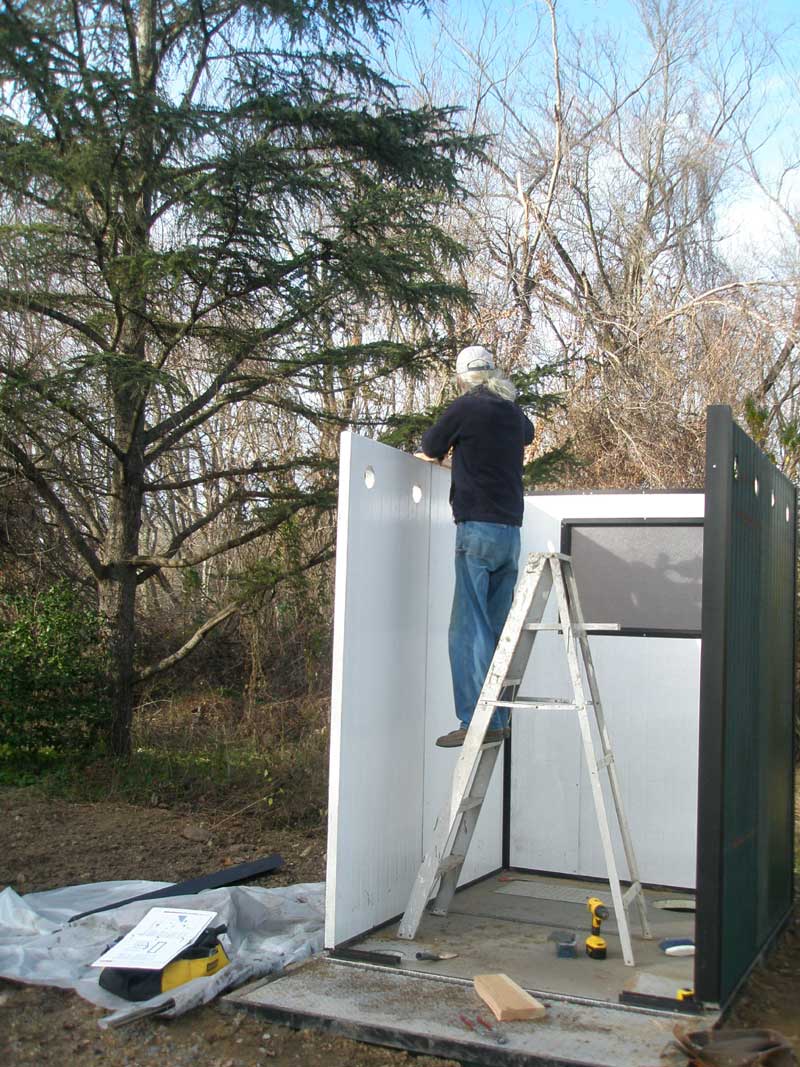 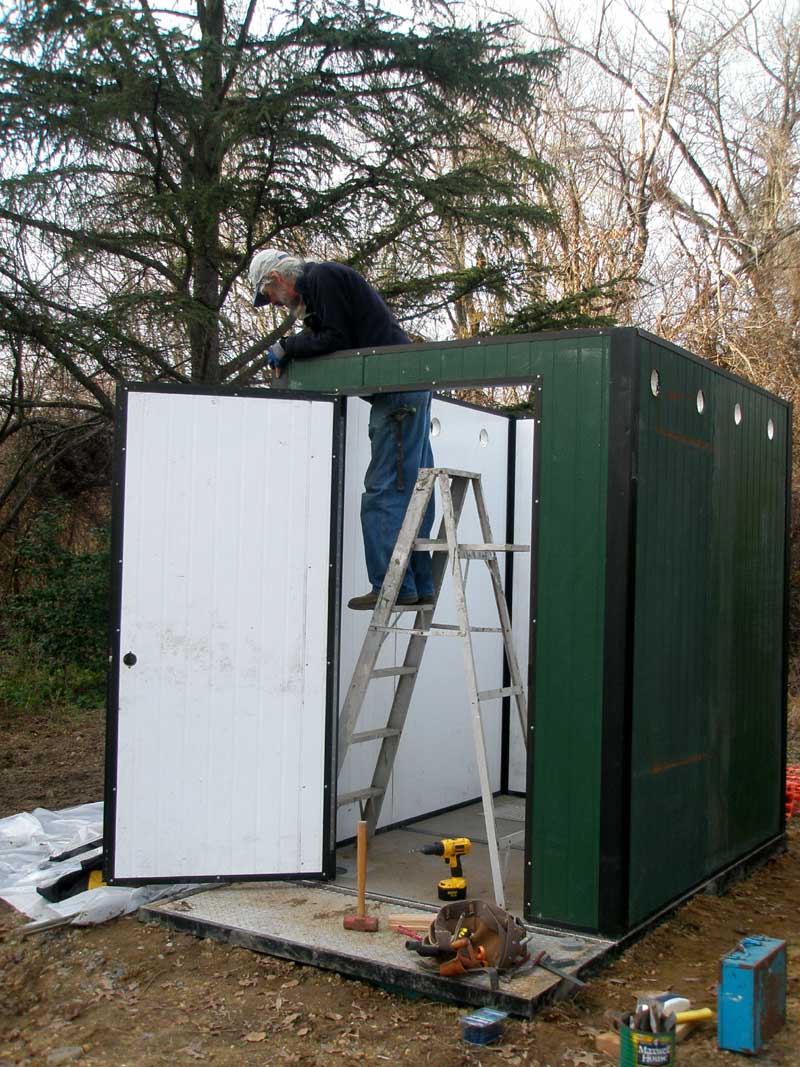 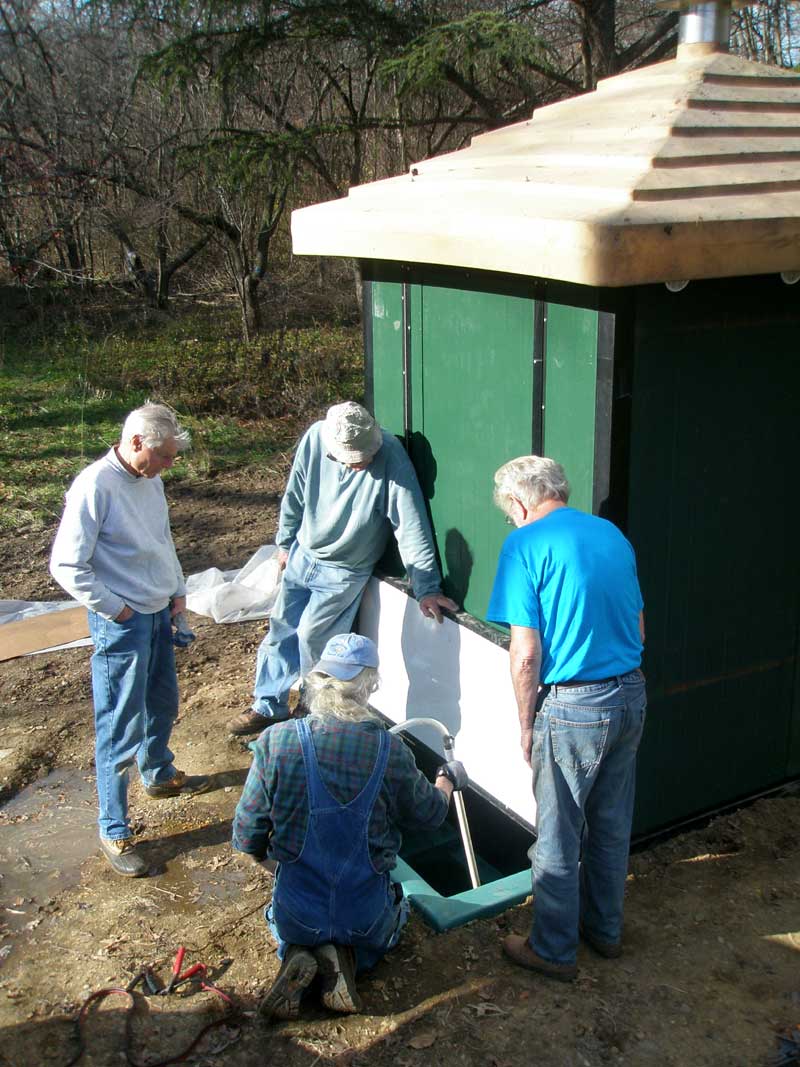 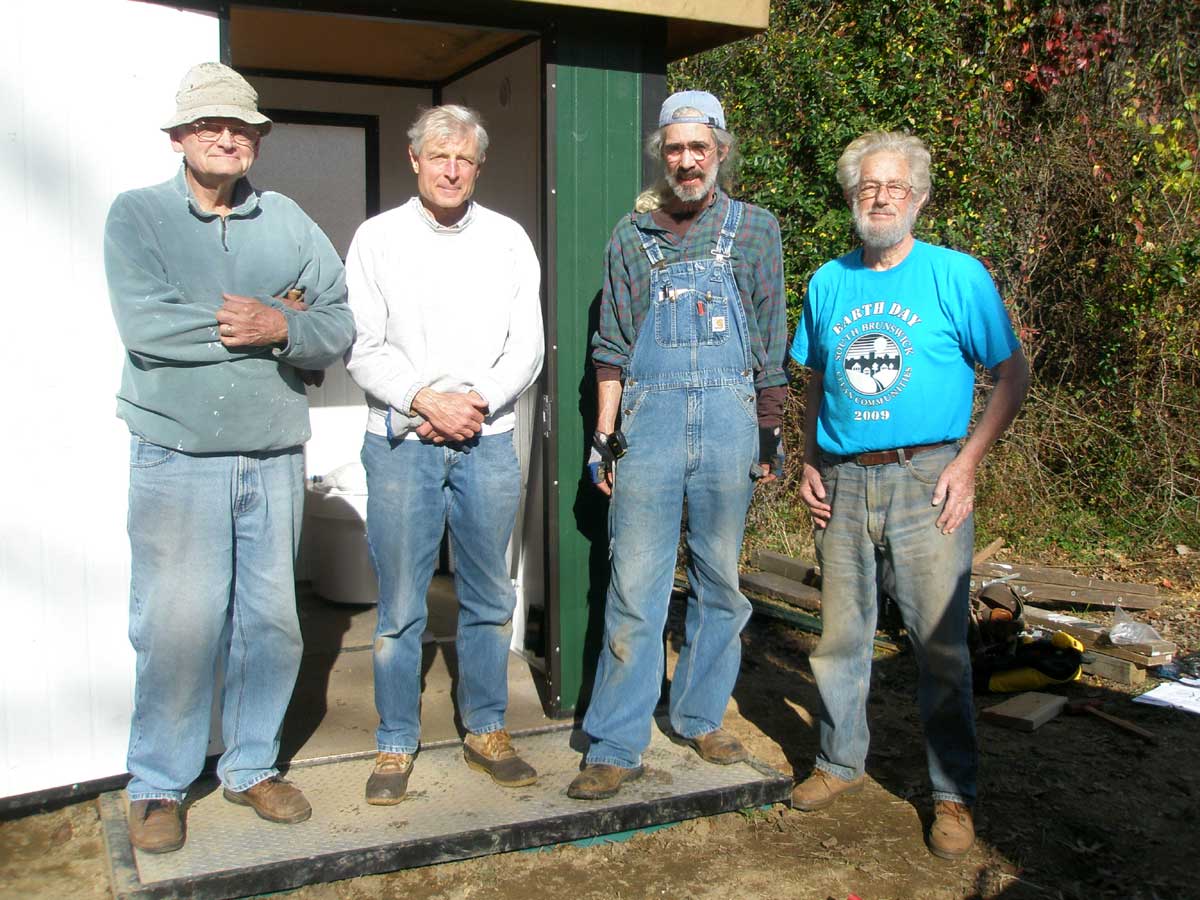 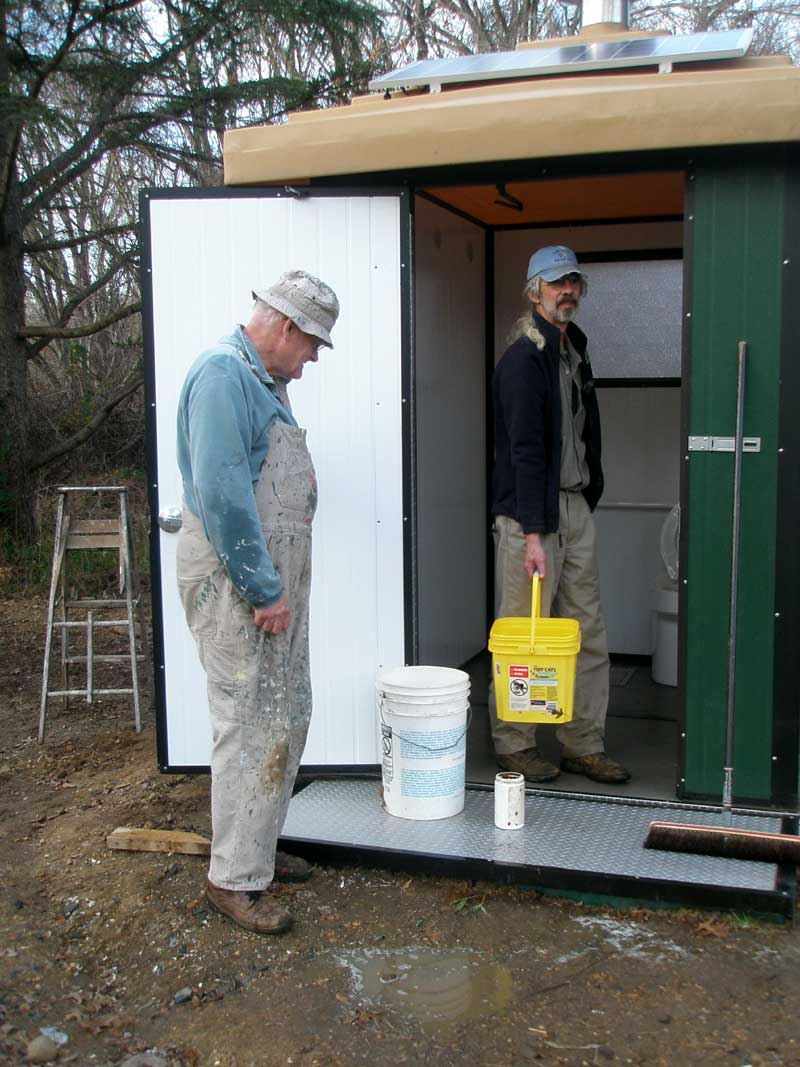 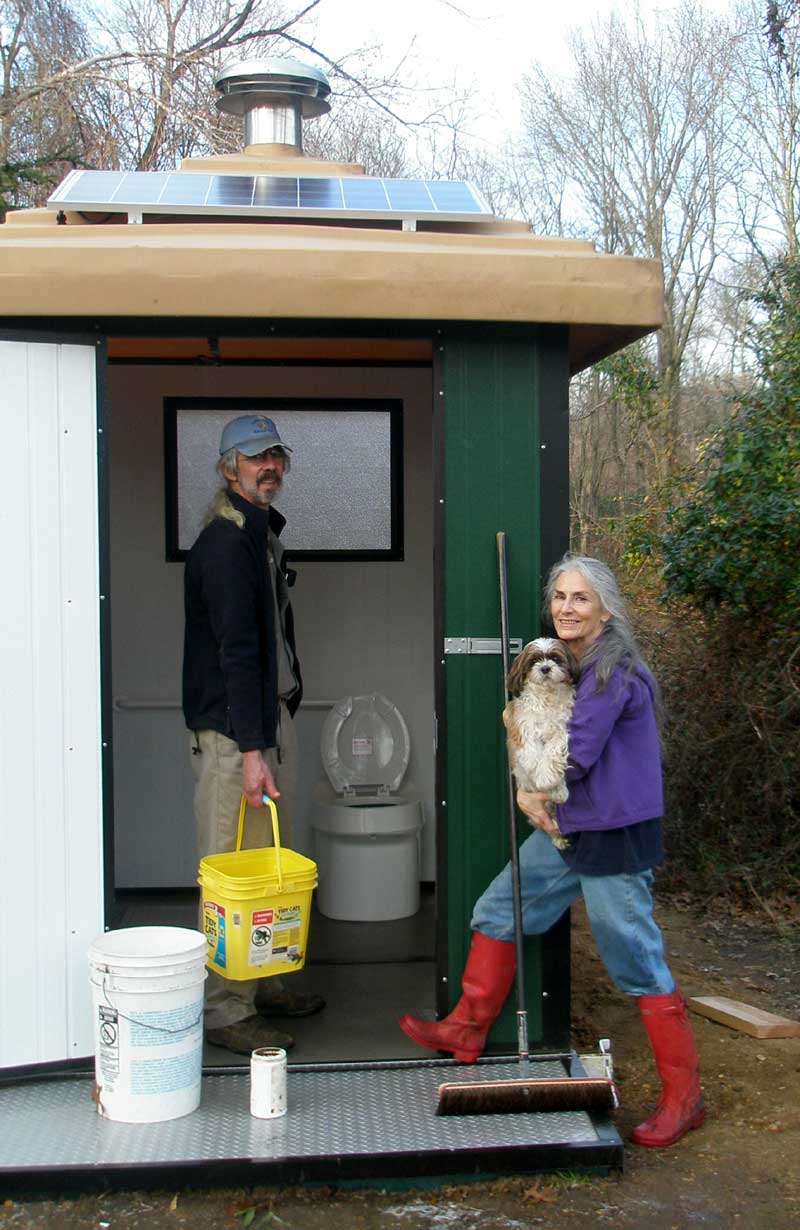 Beset by weather-related adversities, a long learning curve, technical difficulties, and complicated coordination with the various parties to the project, FPNL is delighted to inaugurate this new amenity, and gratefully acknowledges the efforts of Karen Linder, president of FPNL, who wrote the grant.  Special thanks are also due to FPNL trustee Tom Jacoby and project supervisor Doug Miller, contractor Richard Petty, Dave Reed of Mapleton Nurseries, Dave Wells, Brian Barry and Pete Septoff of Clivus Multrum, Inc., the D&R Canal Park staff, Trap Rock Industries, and the roof raising team of Tom, Doug, David Southgate, and Arthur Harvey.  We are also grateful to South Brunswick Township, which will take responsibility for ongoing maintenance of the Clivus.

The Clivus Multrum composting toilet was invented in 1939.  The composting process is reliable, convenient and safe. Its results are both conservative and productive; water is saved from use as a medium to flush away waste, and the fertilizer content in excreta is made available for reuse. Aerobic decomposition slowly breaks down waste into stable compounds within the polyethylene composting unit. The sloped design (“Clivus Multrum” means inclined chamber) separates liquid from solid waste.

Bacterial action causes a chemical transformation that converts the chemically unstable components of urine (urea and ammonia), into a liquid end-product containing nitrite and nitrate. This liquid end-product is biologically and chemically stable and contains nutrients which are valuable for fertilizer. The solid waste remains in an aerobic environment which includes bacteria, fungi, insects and compost worms, which slowly break it down into a compost material that has chemical, biological and aesthetic characteristics similar to topsoil, and reduces its volume by over 90%.

Carbon dioxide (CO2) and water vapor are the primary vent gases. A continuously operating fan pulls air down the toilet fixture and out through a vent stack creating a completely odorless bathroom at all times. Potential human pathogens are either killed by predatory organisms or by the long retention time in the system, as demonstrated by National Sanitation Foundation field testing. No compost is removed before a year of use and it is often several years before any is taken out of the compost tank.