Specimens of a number of Flemer cultivars been planted in the Arboretum over the last several years by the Friends of Princeton Nursery Lands. They were donated by Princeton Nurseries, which closed in 2008. For over forty years, Princeton Nurseries had an active program of breeding and introducing superior new shade and flowering trees. These special varieties or “cultivars,” selected and developed by the Flemer family that founded Princeton Nurseries, produced many successful varieties that had desirable properties such as disease resistance, winter hardiness, or exceptional blooms. 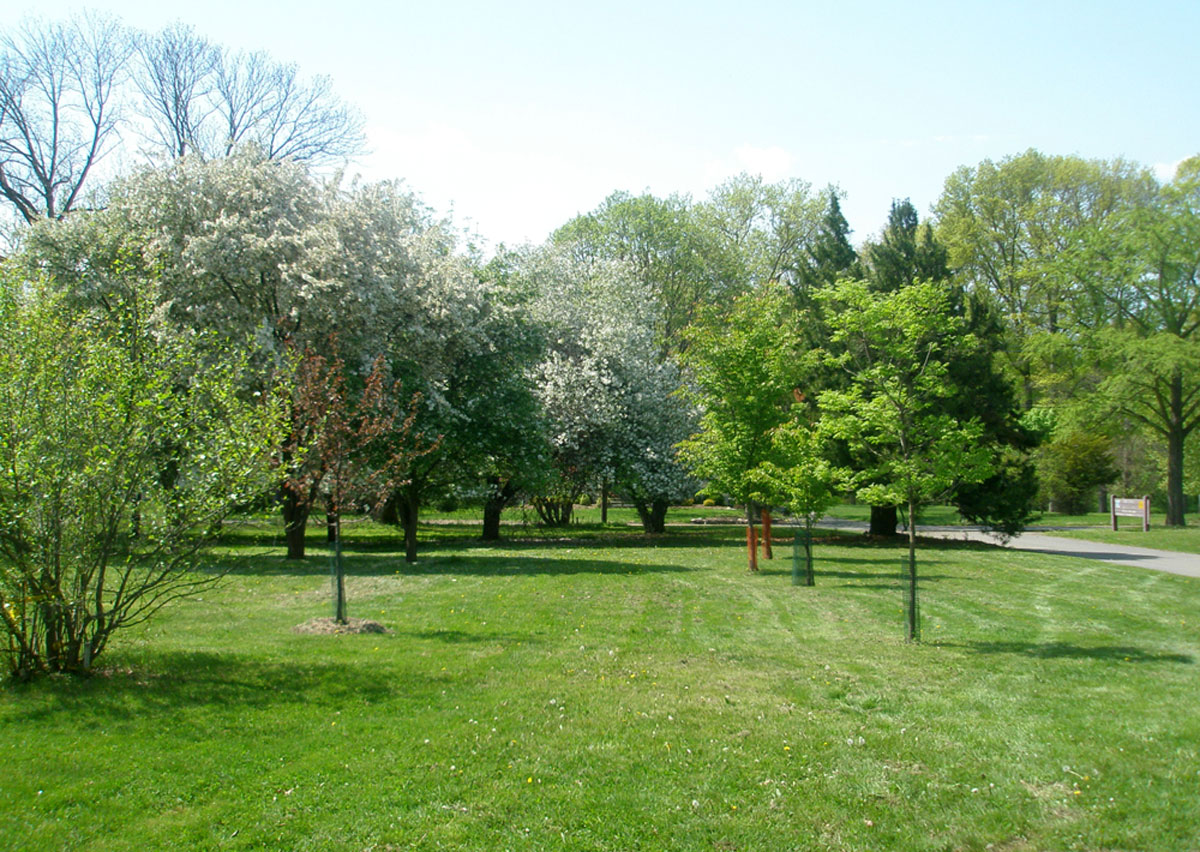 In 2009, Brian Dixon, of Boy Scout Troop 90 (Kendall Park, NJ) took on the task of helping to restore the Flemer Arboretum as an Eagle Scout project. With the help of troop members and their parents, along with FPNL volunteers, Brian held three work sessions in May and June, logging close to 200 hours of work. For his efforts and leadership, he was made an Eagle Scout on March 14, 2010. Congratulations to Brian on this well-deserved honor. Many thanks to him and his hard-working crew for their restoration efforts!